In the Business, We Call It "Show Quality" 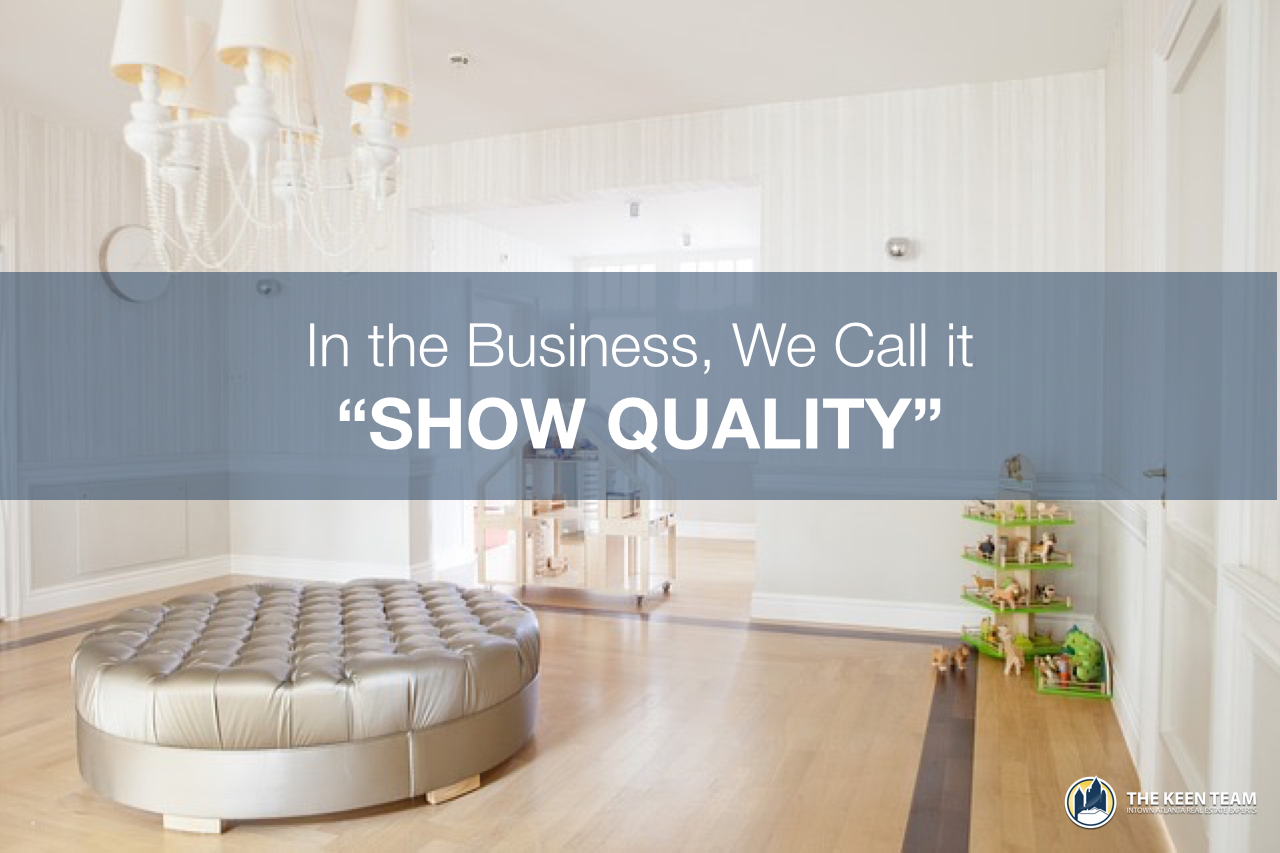 Selling a home can be a real pain in the butt.

I talk with a lot of folks who are considering selling their home, but just don’t have the time. Or they want to sell, but don’t know where to begin.

Experience tells me they're referring to upgrading their house from its average, everyday living condition, to a condition that sells. All the cleaning and painting and purging and organizing can quickly overwhelm even the most motivated would-be home seller.

On the other hand, there are those sellers who  jump head-first into the market without considering how the condition of their home affects the outcome.

In the Business, We Call it "Show Quality"

How well does a home show? How prepared is your home for the market,...

Atlanta Home Inspections: To Beware or Not To Beware 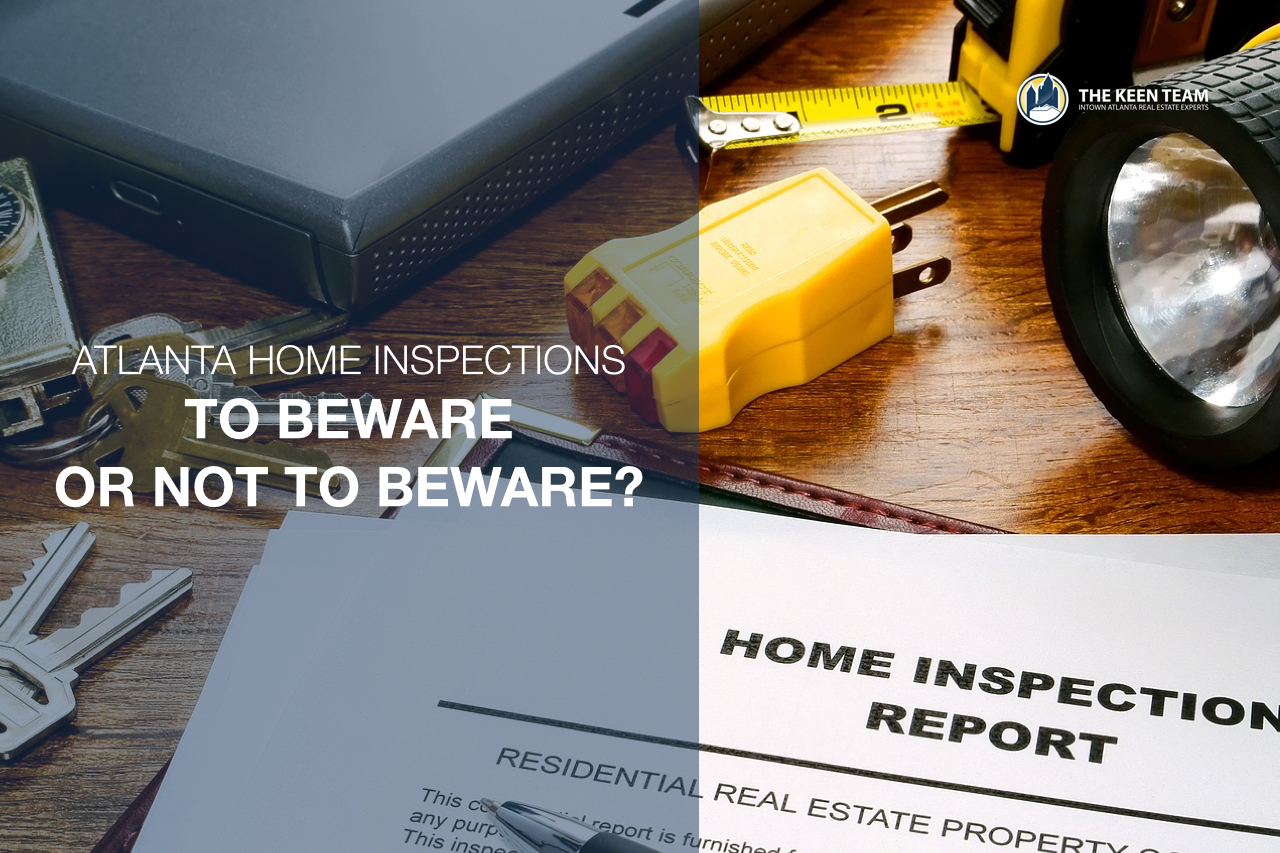 Experience shows that many buyers, especially first timers, have no idea what to expect from a Home Inspection. I sure didn’t when I bought my first place (well, before I was in the business). I remember how stressed and anxious I was about my home inspection, only to have it all fall into place. I was so excited to move into my first digs.

It's Normal To Stress, but Preparation Helps

Buying a home is a big event for most people, and anxiety can understandably run high...

How to Lease Purchase Your Home

Over the last few months I've had a number of past clients ask me whether a "lease purchase" would be viable to help them sell their home. Though it's not right for everyone ... it can be a win-win real estate deal, and it can help solve a serious problem for today's frustrated sellers.

Here's how it works:

In its simplest form, a lease-purchase agreement is nothing more than a written contract to purchase real estate over an extended period of time, typically not exceeding 36 months. It is usually coupled with an agreement to allow the purchaser to occupy the house and pay rent on it while he is completing the purchase.

In contrast, a lease-option agreement is primarily an agreement to rent real estate. That agreement contains a provision granting the renter the option of purchasing the real estate at some point in the future if he so chooses.

Here's why it's working today:

Know Before You Buy

A professional home inspection is your best defense against buying a home that has unexpected issues that will cost you time and money as the new owner.  Getting a proper home inspection on a single family home you plan to buy is a must.  Don’t ever skip proper inspections.  Ever.

There are different types of inspections that should be considered depending on the type, age and condition of the home you are buying.  Here are your options ::

General Home Inspection.  This is the common Home Inspection- the one that you and your agent will talk about.  An inspection will run you around $400 and will get you a general inspection of all of the homes major operating systems and structure.  That includes the HVAC, plumbing, electrical, roof, structure and more.  In many (most) cases, a General Home Inspection is all you need to protect yourself.  Good Home Inspectors are not difficult to come by but if you don’t know one personally,... 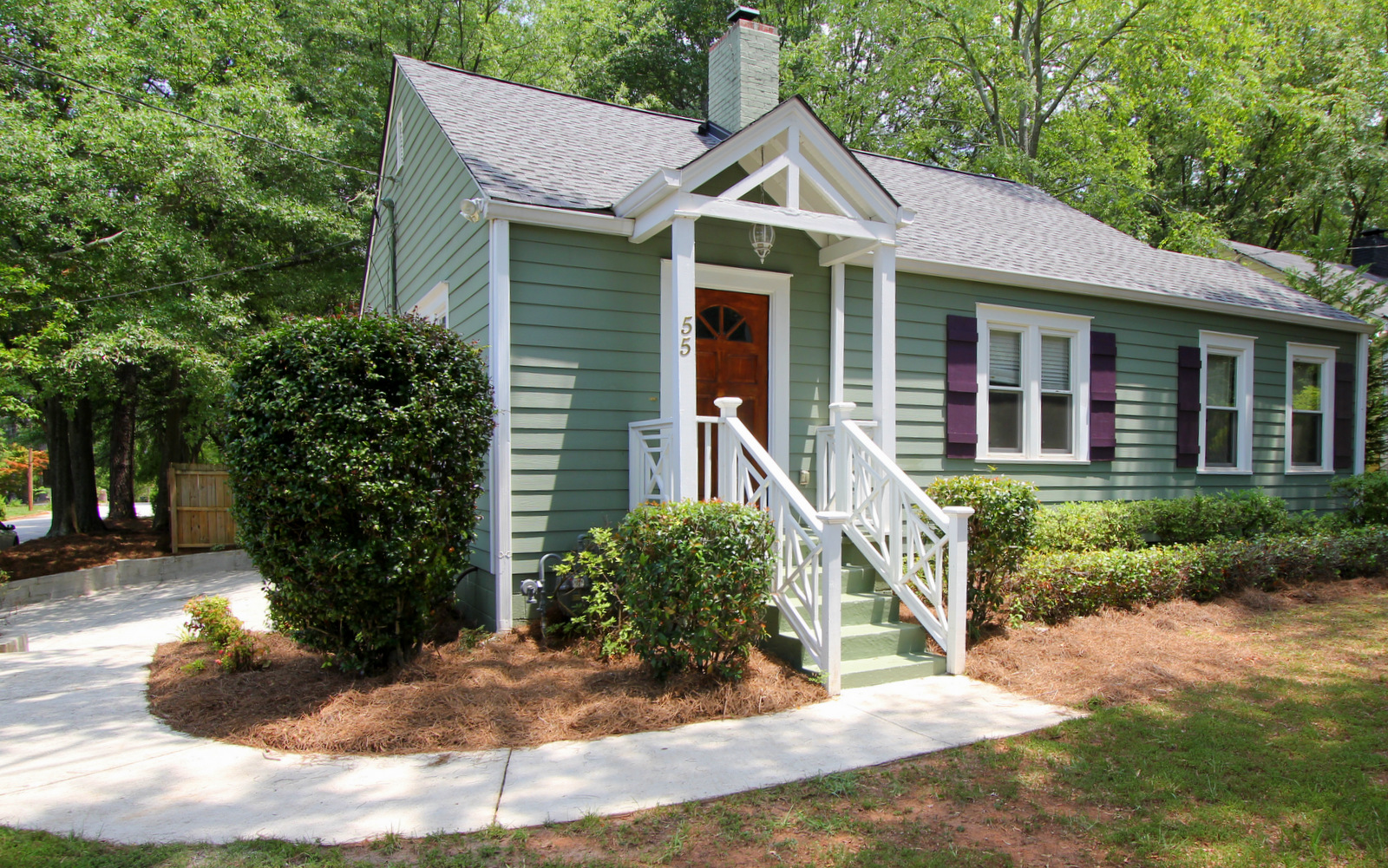 Located in the historic East Lake neighborhood in City of Atlanta, 55 Candler Road NE is a 3 bedroom 2 bath renovated cottage sitting on an oversized corner lot with side entry/off street parking.  The kitchen has been totally remodeled with solid granite counters and soaring cathedral ceilings.  There is a a wood entertainment deck off the back and a large, fenced backyard. According to the owners the home is about 1650 square feet.

What sets this home apart from others in the area is it was built on a large CORNER lot.  A less discerning buyer might mistakenly discount this home because...

Buying Real Estate is a Smart Move in a Bad Economy

I've recently read a ton of news articles and heard a number of folks on news shows talking about why it may not be a good idea for you to buy a home right now. I say FALSE, and so do many who understand not just the financial gain found in home ownership but the quality of life and pride that can be gained as well. A recent article written by Ron Lieber in the NY Times (http://www.nytimes.com/2010/08/28/your-money/mortgages/28money.html) mentions a few reasons why buying is still a great idea. I'll touch on his thoughts and then share a few of my own. Its worth noting that I bought my first home in March, 2010 at the age of 26.

Have you heard that is a buyers market? If you have a stable financial situation, there will NOT be a better time in your lifetime to buy a home. Its as simple as that. Try the NY times "Rent Versus Buy Calculator (http://www.nytimes.com/interactive/business/buy-rent-calculator.html) to help...

It's a testament to the quality of 60 Minutes that nearly 2 years after it was first recorded in December of 2008 this 12 minute prediction of what will come to pass has ... well ... come to pass.

We're entering the 4th quarter of 2010 and we are, without a doubt, heading right into the second wave of the Atlanta Foreclosure crisis.

Price Is How Much You Pay

NY Times reporter, David Leonhardt, shares some interesting insight on the connection (or disconnect) between Mortgage Rates and Home Prices.

It’s not easy to see much of a relationship.

My best guess for why the two don’t correlate more closely is the role that psychology plays in housing markets. Prices just don’t move as quickly as economic theory suggests they should.

Back with today's episode of IntownDailyHomes.com - your source for daily atlanta real estate information with expert intrepretation

We've got a lot of properties to review today - 16 to be exact. The first one is in Midtown, originally sold back in 1999 for $600,000. We've got one on Mclendon Avenue in Lake Claire on the market at $699,900 with a beautiful backyard. Another, newly built home, in Laurel Hill Preserve on the market at $600,000. Moving on we've got Glen Circle in Glenwood Estates - a 3/2 being offered at $554,000. A little concerned about the upgrades on that one, but it is walking distance to Downtown Decatur so maybe worth a closer look. The next property is on Berkley Lane in the Berkely Oaks subdivision priced at $549,900. Next property is on Burke Road in Peachtree Park on the market at $449,900. Extensive renovations - great kitchen opens to a family room AND a 2 car garage. There's Haskill Road in Loring Heights - a 4/3 and my best buy of the day.

Today there are twelve (12) new listings on the Atlanta real estate market and I'm going to walk you through each one-by-one.

Today ten (10) properties to came on the market in the Intown neighborhoods of Atlanta.

It's hot outside - 96 degrees according to the widget on my computer. And speaking of hot, we've got twelve (12) new Atlanta homes on the market today including my Best Buy.

Posted by The Keen Team on Tuesday, July 6, 2010 at 3:42:44 PM By The Keen Team / July 6, 2010 1 Comment
This is my first blog post.  And it's the first of many where I'll give you a "behind the scenes" look at the fascinating world of Atlanta Real Estate from a unique (if somewhat cynical) perspective - mine!  I plan to cover a range a topics - some serious ... some not so serious ... all brilliant.   And I'm looking forward to maybe getting to hang out with you in the online world of bloggery and prodigiousness.  Or maybe we’ll get to meet “in real life”, as the kids say, if you do business with my two brothers. Or on Twitter (still trying to figure that place out) @adamkeenrsb — stop by, whenever....
View Full Post

Today is July 6th, 2010 and I'm back after a long holiday weekend. Went camping. No phones. No internet. No TV. Just me, the heat, some bugs, some dirt and a tent. Ok ... so back to real estate. There are thirteen (13) new listings today. And, as always, just one BEST BUY. Check it out.

Today there are TEN (10) new properties to come on the market in the last 24 hours.

Sorry for the late post ... I ran into a couple technical issues ... but all is well now and here is Tuesday's line-up.  There are twelve (12) new listings for Tuesday and a couple that are worth a double-take.