The neighborhoods in central and surrounding Atlanta offer a unique compilation of small-town charm with city-center access. Atlanta is a vibrant city with fun activities, art exhibits, and great local businesses.

If you love living in a close-knit neighborhood, and enjoy the ability to walk or bike to anything in the city, check out these top nine pedestrian and bike friendly Atlanta neighborhoods. 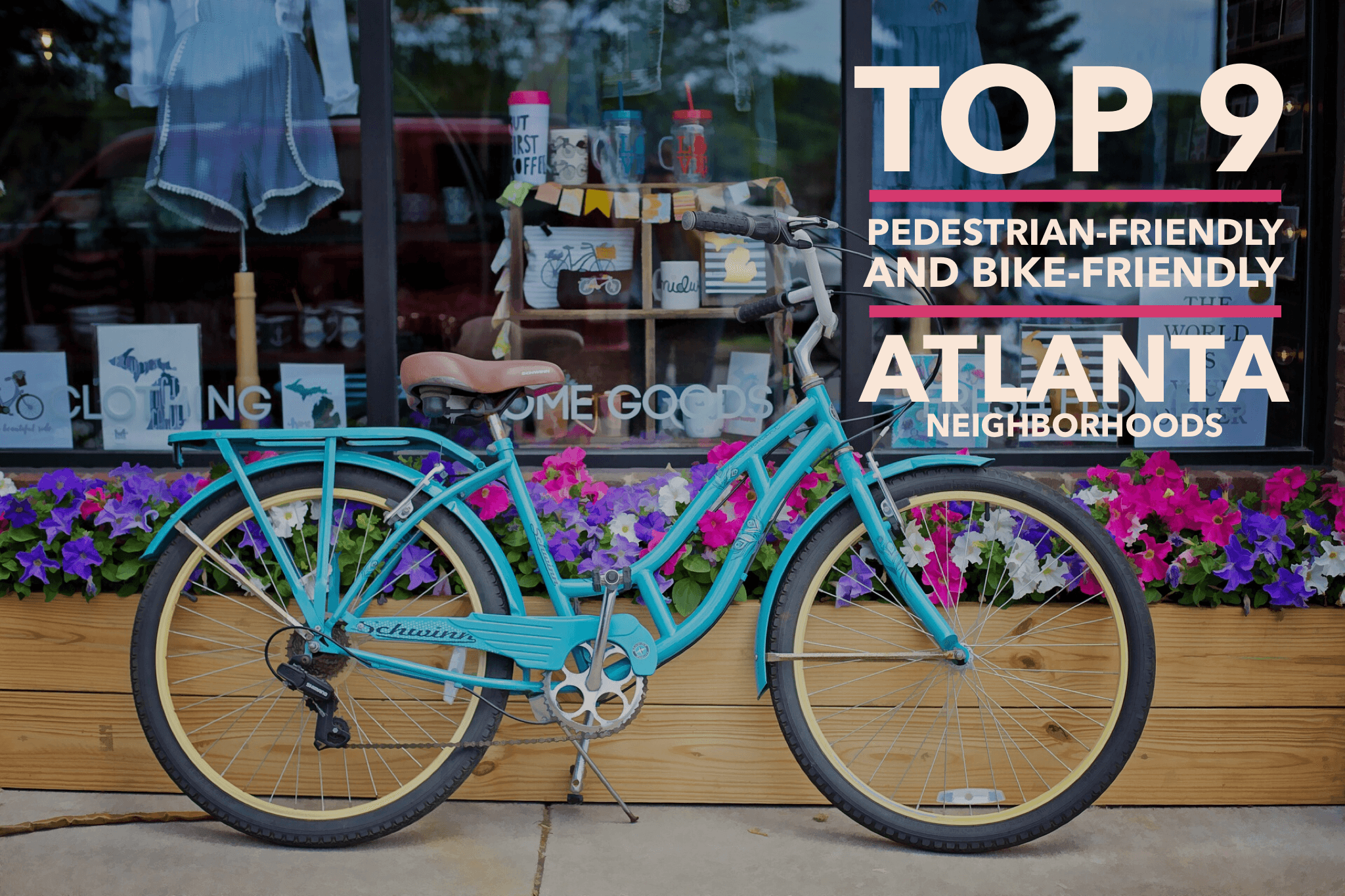 Midtown, Atlanta is an epicenter of family fun, shopping, dining, and local events. It is...

It's not easy to find objective ratings and reviews for public schools. While there are several independent websites that rate schools, they're often contradictory and difficult to decipher. So to get the full story, you spend time scouring multiple school review sites to determine a consensus of the ratings they provide for each school.

On each of our Atlanta School Guides we've done the legwork for you.  And we provide a simple, yet effective, thumbs up/thumbs down rating system designed to give you an "at a glance" review of the school serving a given neighborhood or community.

Atlanta Goes Back to School

Atlanta Goes Back to School

This American tradition can be daunting. With a little preparation, however, you can get the kids back to school, disaster-free and with a face aimed at the year to come.

It’s almost upon us: that magical time of year when the kids get to return to all the glory of education, and when parents get to bask in the regularity of the school day. That being said, there’s a good deal of prep work involved in getting the brood ready to hit the books. But no worries: with a little advice, and a finger or two to point you in the right direction, the end of summer break can be a breeze.

The Atlanta Fourth of July Guide

There’s more than enough to fill up an Independence Day with these Atlanta extravaganzas.

From natural wonders to the thrills of a(nother) big city, there are a few ways to take advantage of your long weekend.

Memorial Day is awesome. It’s the start(ish) of summer, and you get three days off: the official first chance on the calendar to get out and have a little fun. There are no shortage of activities within the city limits to keep you occupied, but should a change of climate be something you’re after, a whole weekend of fun can be found within a few hours of town, whether you want to get back to the great outdoors, chill out in a sleepy town, or party the night away in some rip-roaring honky-tonk. Here are our top recommendations for exploring the region.

Pick a weekend. Chances are, there’s something fun to do in Atlanta. Embrace the heat.

The weather may be hot, but there are more than enough cool opportunities to get outside during the months of June, July, and August. Summer festival season is a favorite in Atlanta, and seldom does a weekend go by without something going on, somewhere in the city. So charge up your Breeze Card, hop on a train, and get dropped off in the heart of where the action is.

So, we’ve got the busiest airport in the world, in case you didn’t know (there’s an old saying in the South: “When you die, no matter if you’re going to heaven or hell, you’ve gotta go through ATL first.”)

Anyway, it’s entirely possible you’ll find yourself with a layover. We know you’re busy and all, but Atlanta is way more than a fly-through city. If you get a wild hair sometime, why not arrange your flying plans around a two-day stint in A-Town? We promise, there’s more than enough to do. Not to be presumptuous, but would you mind if we helped you out with your itinerary?

Many major cities in the United States grew along rivers banks and ocean ports....

An in-depth look at Kirkwood, Atlanta.

The Kirkwood neighborhood of Atlanta is a historic community of more than 3,000 households on the east side of Atlanta, a “small town in the big city. The original Kirkwood neighborhood, designed by architect Will Saunders in the 1870s, became a streetcar suburb of Atlanta by 1910. It's now entirely in DeKalb County and is bordered by Oakhurst, Edgewood, East Lake, and Lake Claire.

Where exactly is "Intown" Atlanta anyway? Loosely defined: it's "Inside the Perimeter" - meaning the geographic area inside of the circular, eight- to 12-lane, 60-mile stretch of I-285 that completely surrounds Atlanta and its nearby neighborhoods and towns. More specifically, "Intown Atlanta" refers to the cluster of 37 neighborhoods close to the city center.  And here at The Keen Team, we recently launched a new interactive Intown Atlanta Neighborhood Map Search.  Click the image below to get started.

What started as an early 20th-century streetcar suburb, Virginia-Highland is a neighborhood named after the intersection of Virginia Avenue and North Highland Avenue, the heart of a busy commercial district at the center...

The Ultimate Guide to Buying a Home 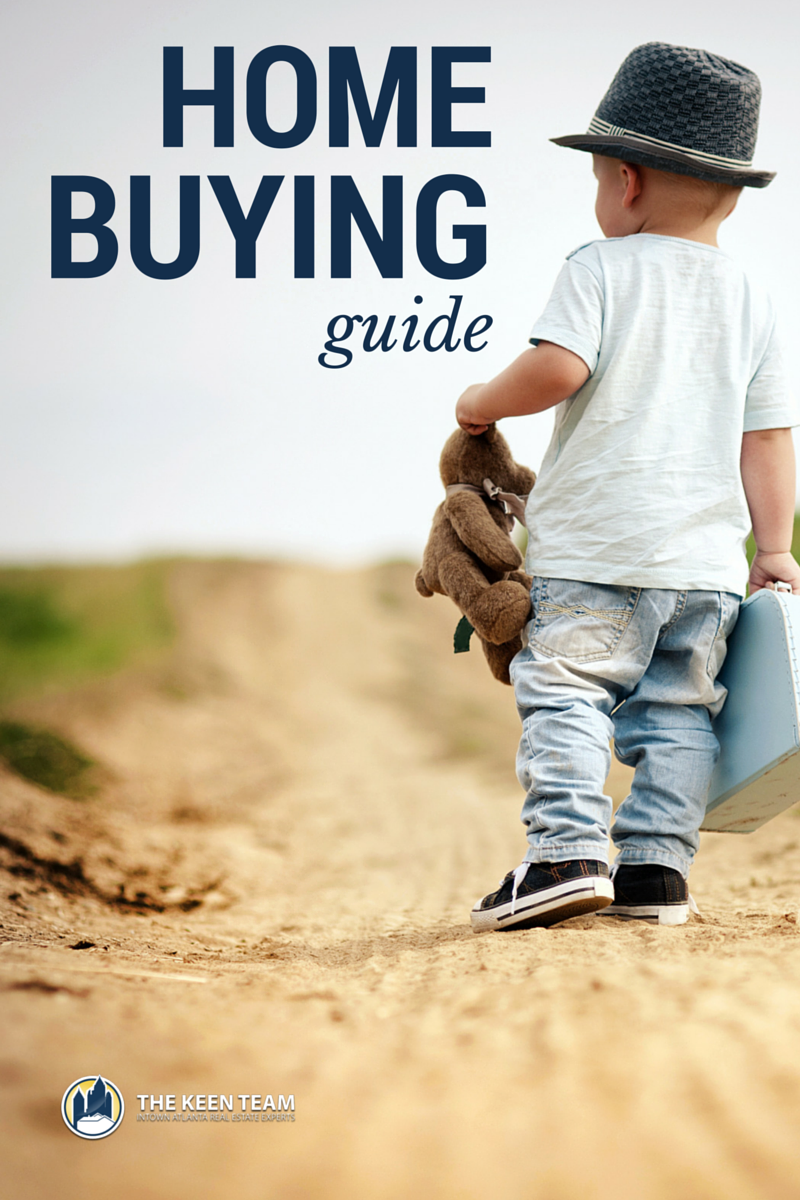 Buying a home is no small decision, and the process is no minor feat.

To make things less stressful for you, here is a quick and easy overview of all steps along the way. This can help you understand what you’re getting into, and learn how to handle each step as you get there.

Don't forget: if you work with the Keen Team, you'll have an advocate helping you every step of the way. (Check out our testimonials.)

When deciding how much to budget for a home, remember that the mortgage amount you’re approved for doesn’t necessarily equal the amount you can afford.

The cost of owning a home involves more than just the price of the property; it also includes the extra expenses that come along with... 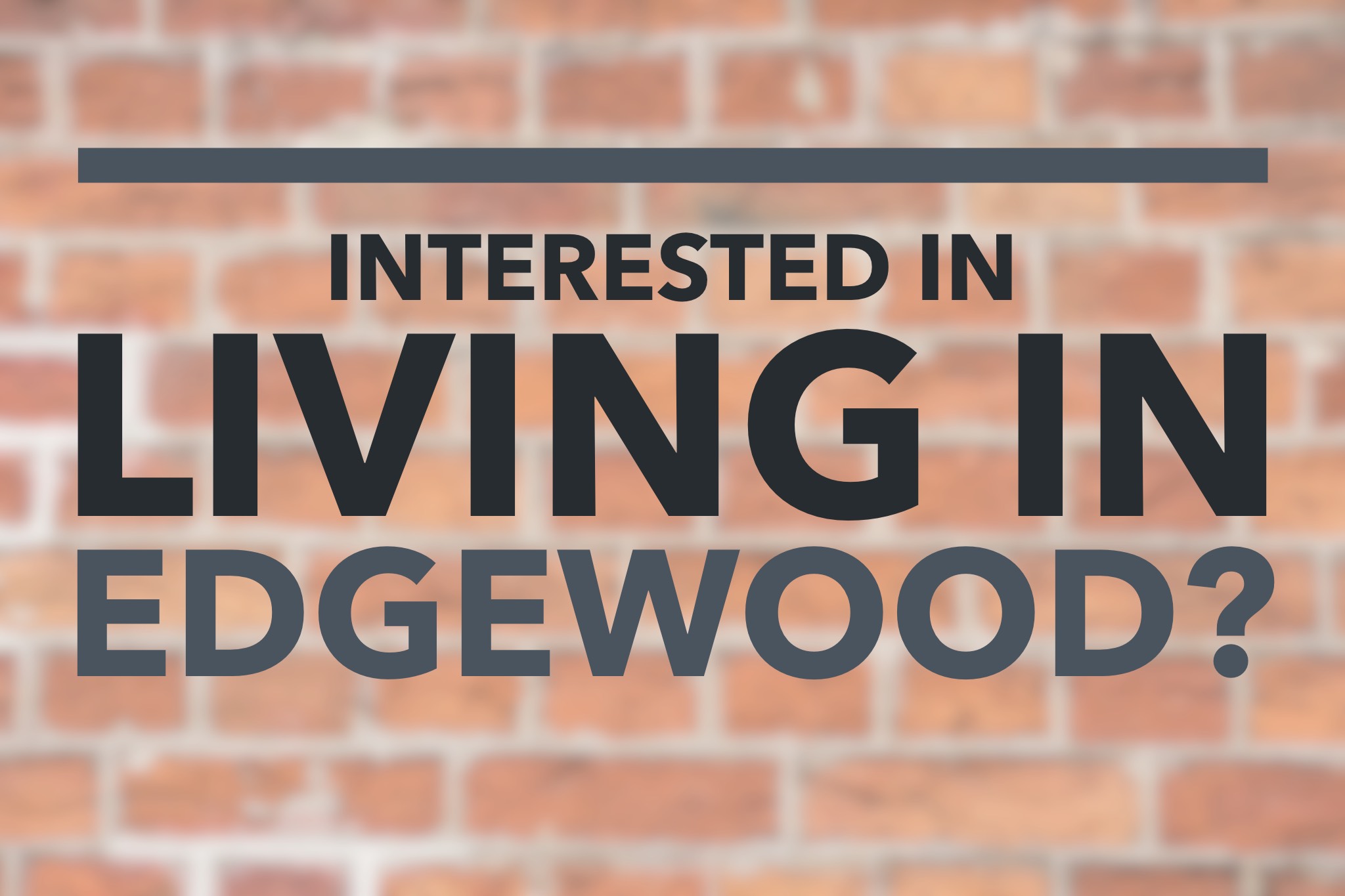 Housing Prices Continue to Climb. Should You Wait to Sell? 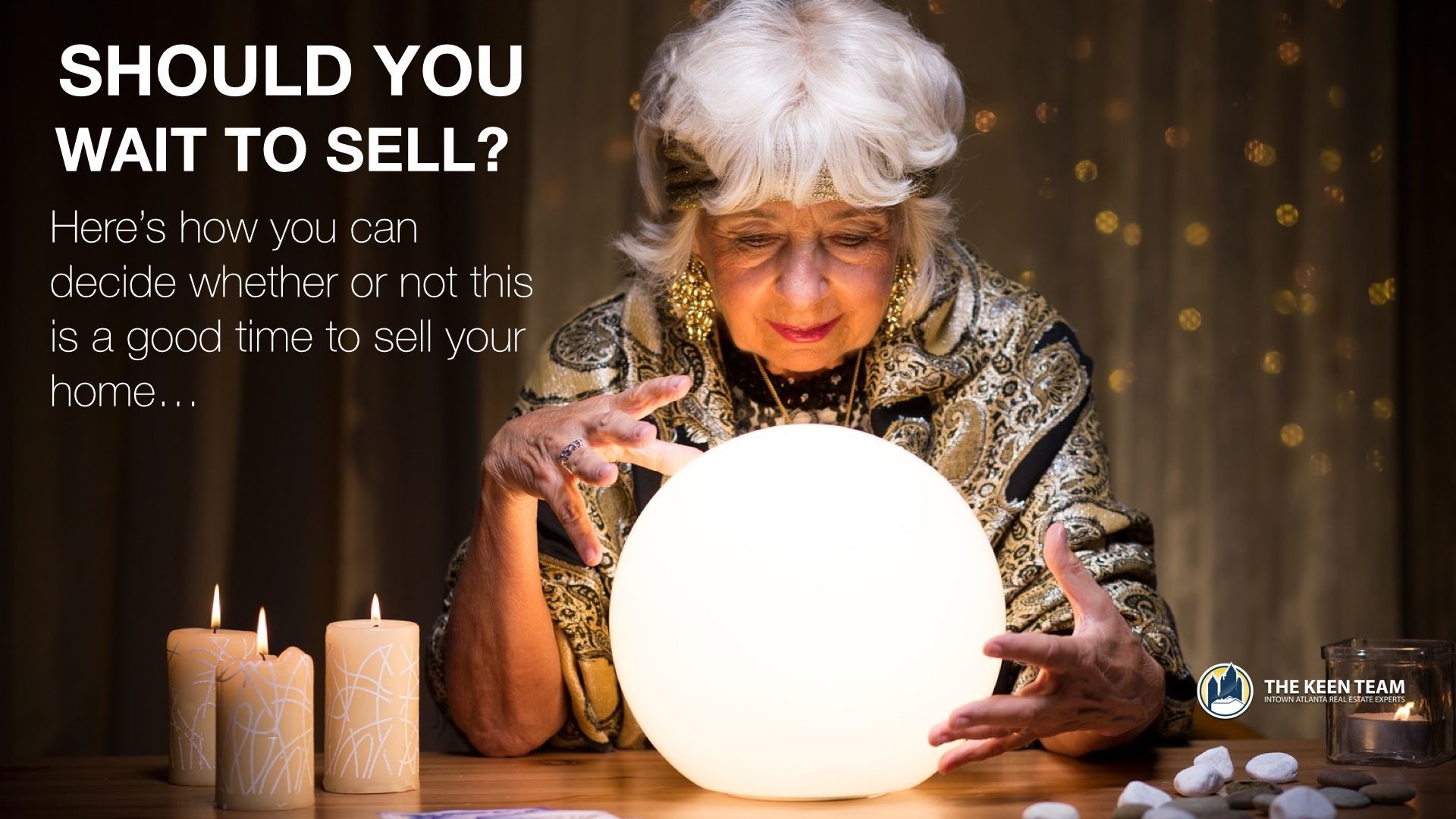 Have home prices peaked? Is it currently the best time to sell your house? Or should you wait for another six months or a year, with the hope that home prices will rise further?

Unless you own a crystal ball, there’s no way to know where home prices are headed. We see that home prices nationwide, including distressed sales, increased by 6.8 percent in April 2015 compared with April 2014, according to CoreLogic, a property research firm.

News about the Atlanta real estate market is generally upbeat. Atlanta is the third fastest-growing market in the U.S for new homes, posting sales gains of 10 percent from a year ago.  What’s more, the median sales price for Atlanta homes is $262,500, up 6.4 percent since the same time a year before.

When buyers purchase real property, they, and the title company insuring title, will ensure that the property is conveyed free and clear of all liens.  When your lender agrees to a short sale, they are agreeing to release their lien(s) from the property for less money than what is owed so the property can be sold.  So whenever a property is sold in a short sale, the lien is released from the property.  Yet the lender generally has two choices.
Lenders can either: 1) Release the lien and declare the debt paid and settled in full (called a "full release and satisfaction") or 2) Release the lien only from the property and still consider you personally liable for any unpaid balance of the loan ("lien release only").
In all situation our negotiators strive to obtain a "Full Release and Satisfaction" of your debt.  ...

Don't Have 20 Percent Down? Don't Worry! 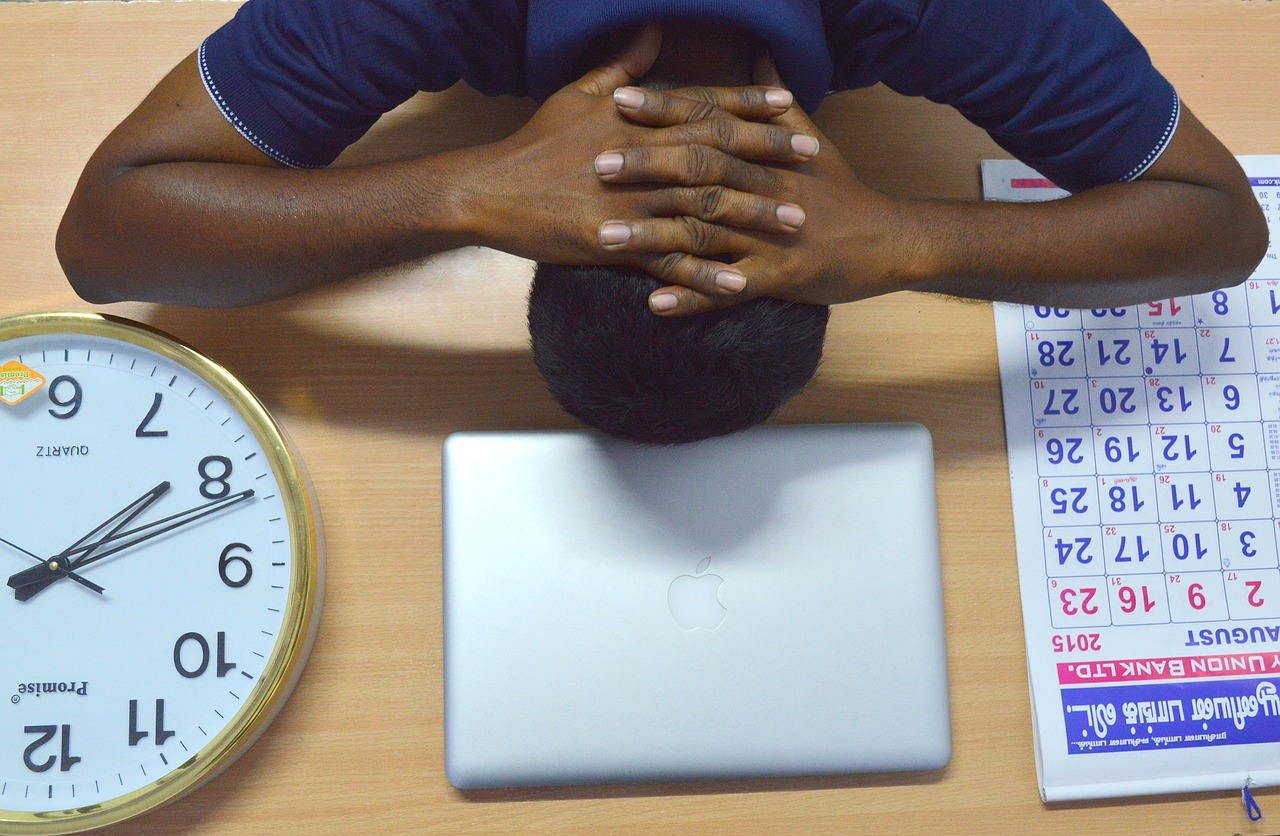 Buyers find lots of reasons to lose sleep when purchasing a home, but coming up with a 20 percent down payment shouldn’t be a source of anxiety.

In the days before government groups guaranteed mortgage loans, lenders usually required 20 percent down payments so buyers would have some skin in the game – equity –and incentive to keep paying down their mortgage debt.

Today, however, lenders can accept less than 20 percent down payment because a myriad of government agencies will guarantee the loans under specific conditions. And even if your lender requires 20 percent down, there are ways of raising that money without tapping out your savings.

Here are some ways you can handle a down payment so you can buy the house you love.

10 Overlooked (and Easy) Ways to Prepare Your Home for Sale 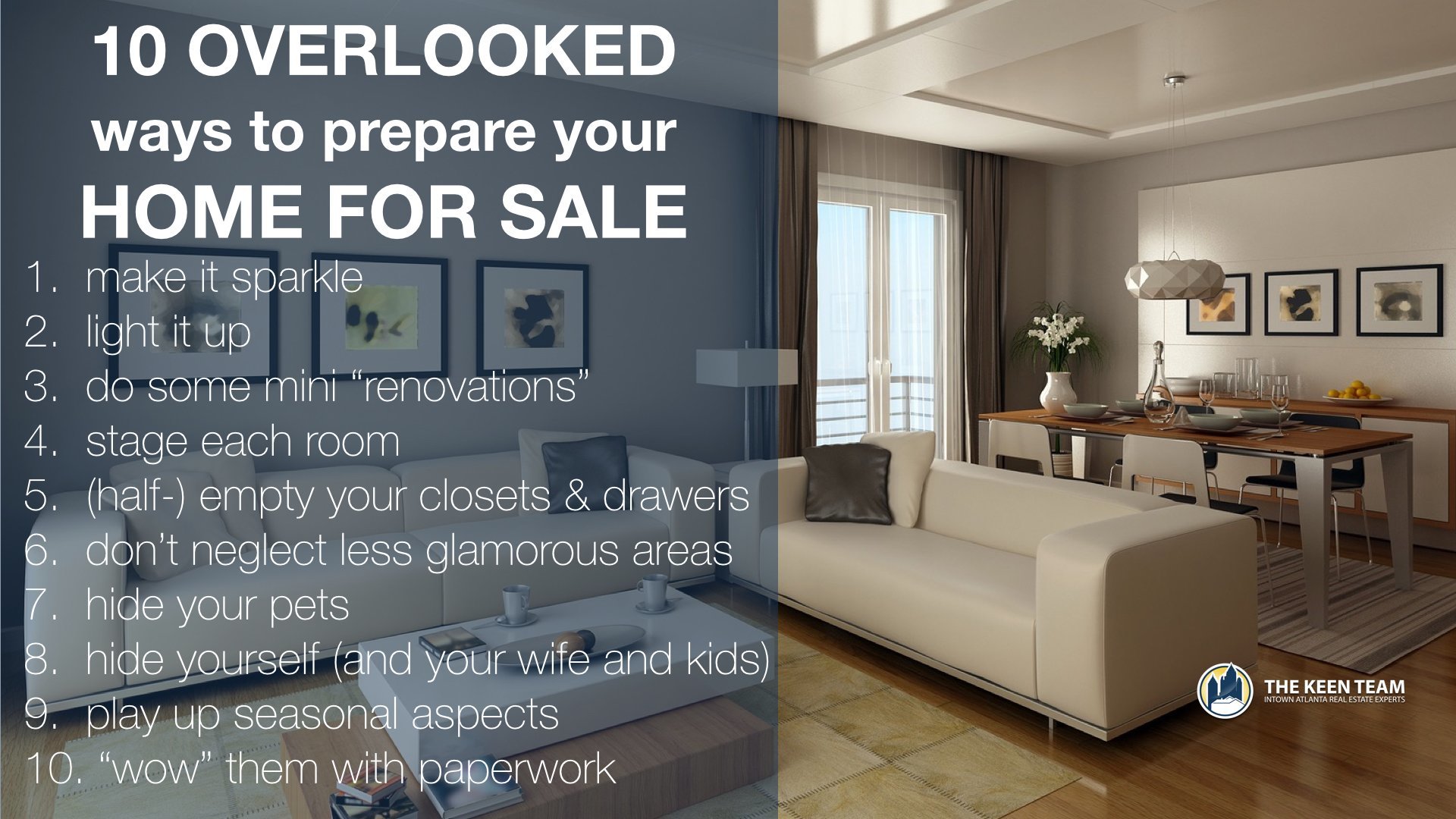 You want your home to stand out when you list it for sale, but you’re not a design expert. You may watch HGTV on occasion to get some ideas, but every time you do, you feel overwhelmed. The average busy person just doesn’t have the skill or the time to tackle most of the projects they show.

Fear not, intrepid homeowner — there are 10 easy things you can do to make sure your house impresses potential buyers, and you don’t need a ton of time or an extensive tool collection to do them.

It’s easy to overlook the little things when you’re getting your house ready for sale. You may clean the windows, polish the hardwood floors and put a fresh coat of paint on the walls, but sometimes the smaller details can make...

Located in the sought after Westchester Elementary School district, 405 Melrose Avenue is a 4 bedroom 3.5 bath home with 2-car attached garage parking and fully finished basement level.  If you could pick just one neighborhood that best exemplifies the vibe City of Decatur is famous for, it's here in ...