Read on if you’re so inclined:

We hope you will because there’s a lot to say. But if you only have a moment before scrolling along to the next option, we’ll make it as brief as possible. Here’s a true family home in the center of one of the best school districts in the South. Here’s a home that blends classical aesthetics with modern influences, all wrapped in a package that exudes ageless class. Here’s a home that progresses through the seasons with a peerless grace, whether its inhabitants are hosting a summer cookout, or a holiday gathering, or a quiet night in. Here’s a home to grow into — one for the ages. 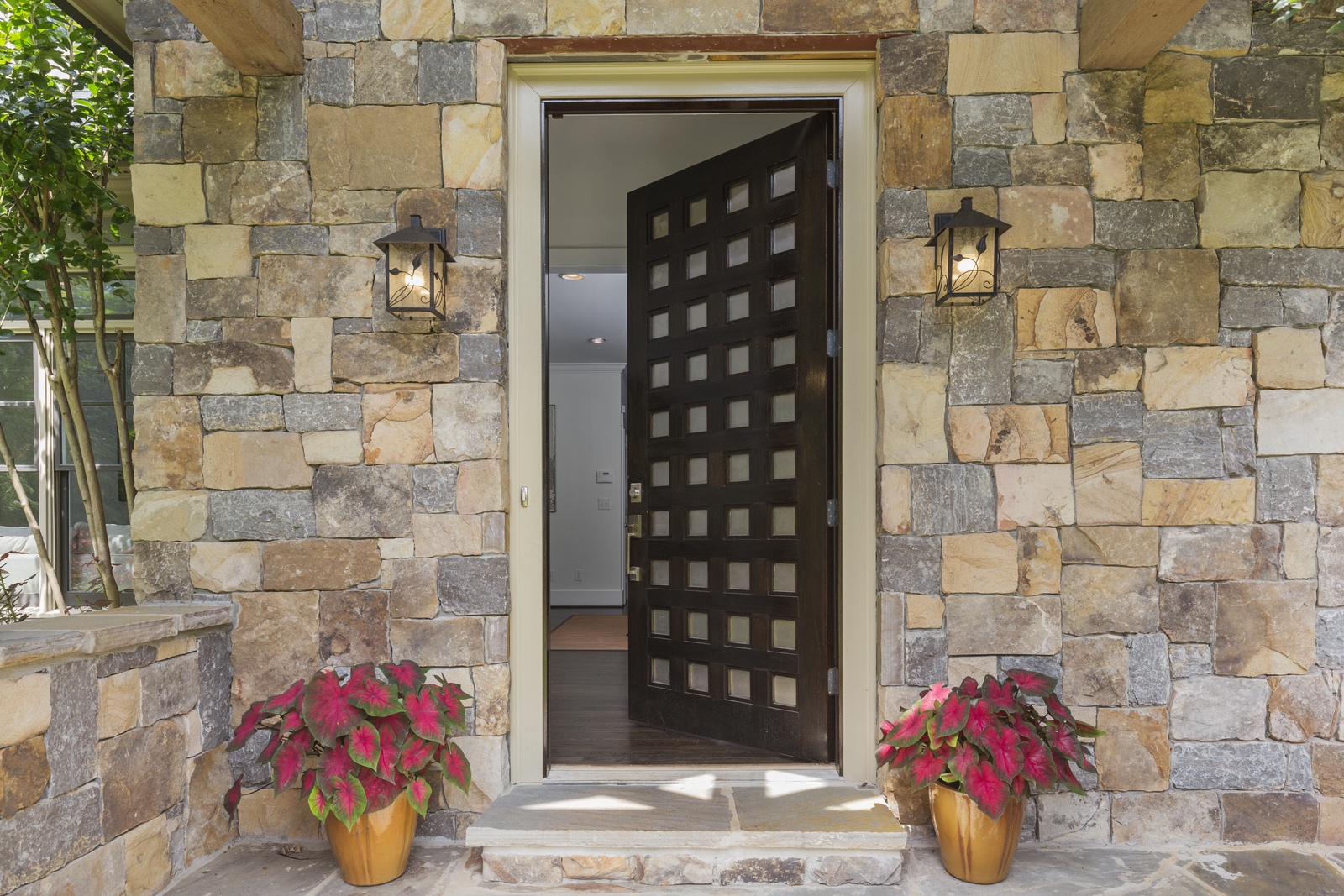 First of all, this house is located in the heart of family-friendly Decatur on one of those rare, ancient avenues that's quiet and tranquil, while still being less than 15 minutes (by foot) from the dining/shopping/lifestyle center that is Decatur Square; fifteen minutes from festivals that pepper the calendar; from restaurants that are renowned throughout the region; from parks that vie to be the spot where you while away the afternoon — all along the most walkable streets in the Atlanta metro.

Second. This house has got five bedrooms: two on the ground floor, and three more upstairs; meaning that there’s room for the parents, a verifiable brood, and still having space leftover to use as a dedicated guest room. And we’re not cheating here by saying, “Oh, one of the bedrooms could totally be a home office if you wanted it to” — there’s a separate, dedicated room already there for that purpose (not to mention a loft at the top of the stairs that’s ideal for the holiday where you’re hosting all four generations, with cousins, and can use all the sleeping space you can get). 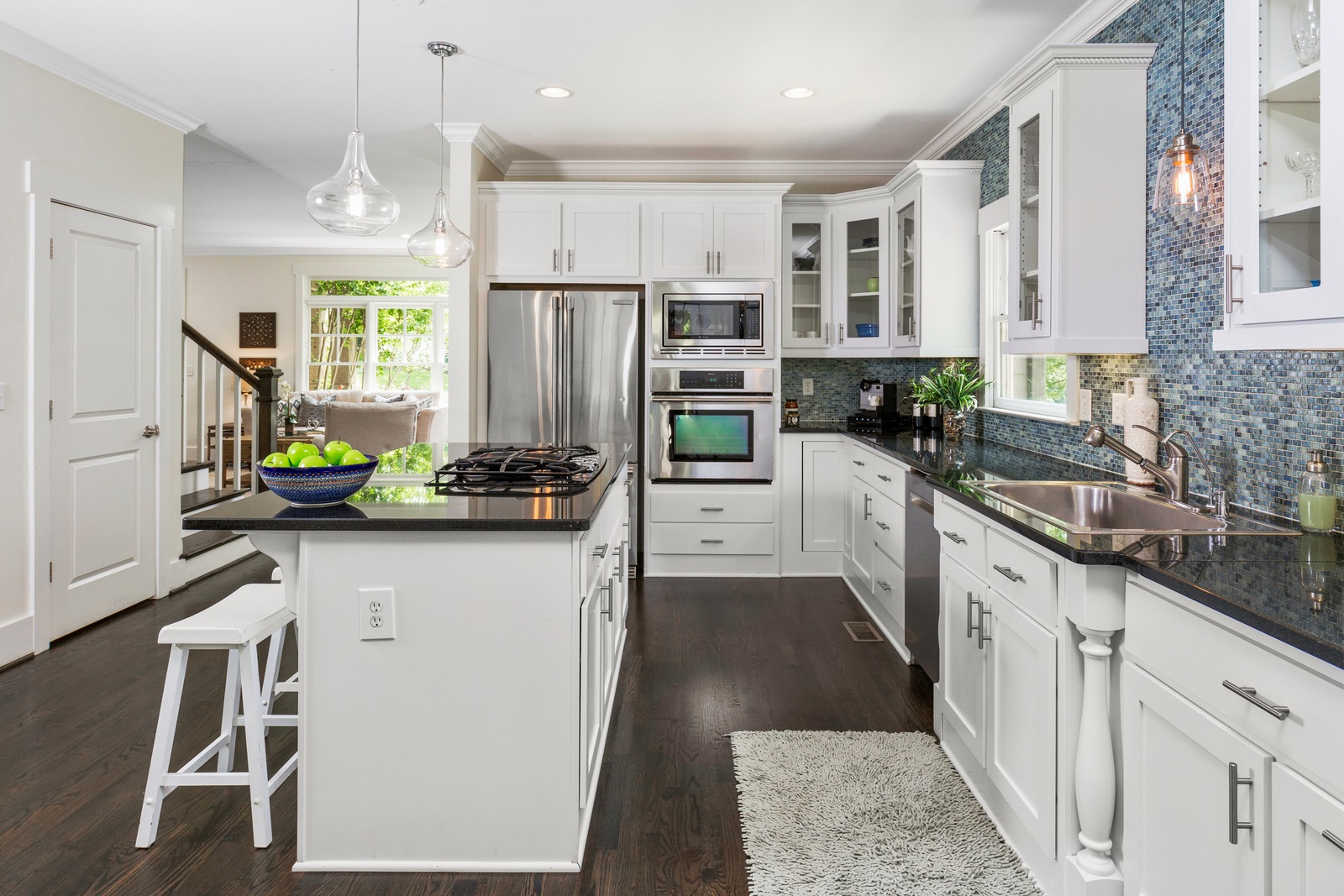 Third, we decided as a society at some point that it’s important to educate your kids; probably a good move. Now, caveat emptor, you’ll quickly discover that one of the costs of a Decatur street address is that the property taxes are a few notches above the standard rate for this part of the world. It is, however, a price many here are willing to pay, as a huge chunk from that coffer is dumped right into the local school system. Ask any other parent who lives in Decatur, and they’ll confirm that Decatur has, hands down, one of the very best school systems in the American South. Membership has its privileges and all that.

This house is just romantic, and practically screams “gee golly, Miss Molly, but we can grow into this place.” It’s got a wide-open floor plan and oodles of space on the inside, while thoroughly succeeding at never being … pretentious. The near 4,100-square-feet of 604 Glendale never feels so large as to be imposing, or difficult to maintain, or too much to handle, or ‘McMansion’-ey: Instead, it’s rooted firmly in a modernized, metro-chic take on standard rustic. In short, it speaks of a timeless, elegant luxury that doesn’t feel the need to prove itself.

It’s what’s inside that counts.... 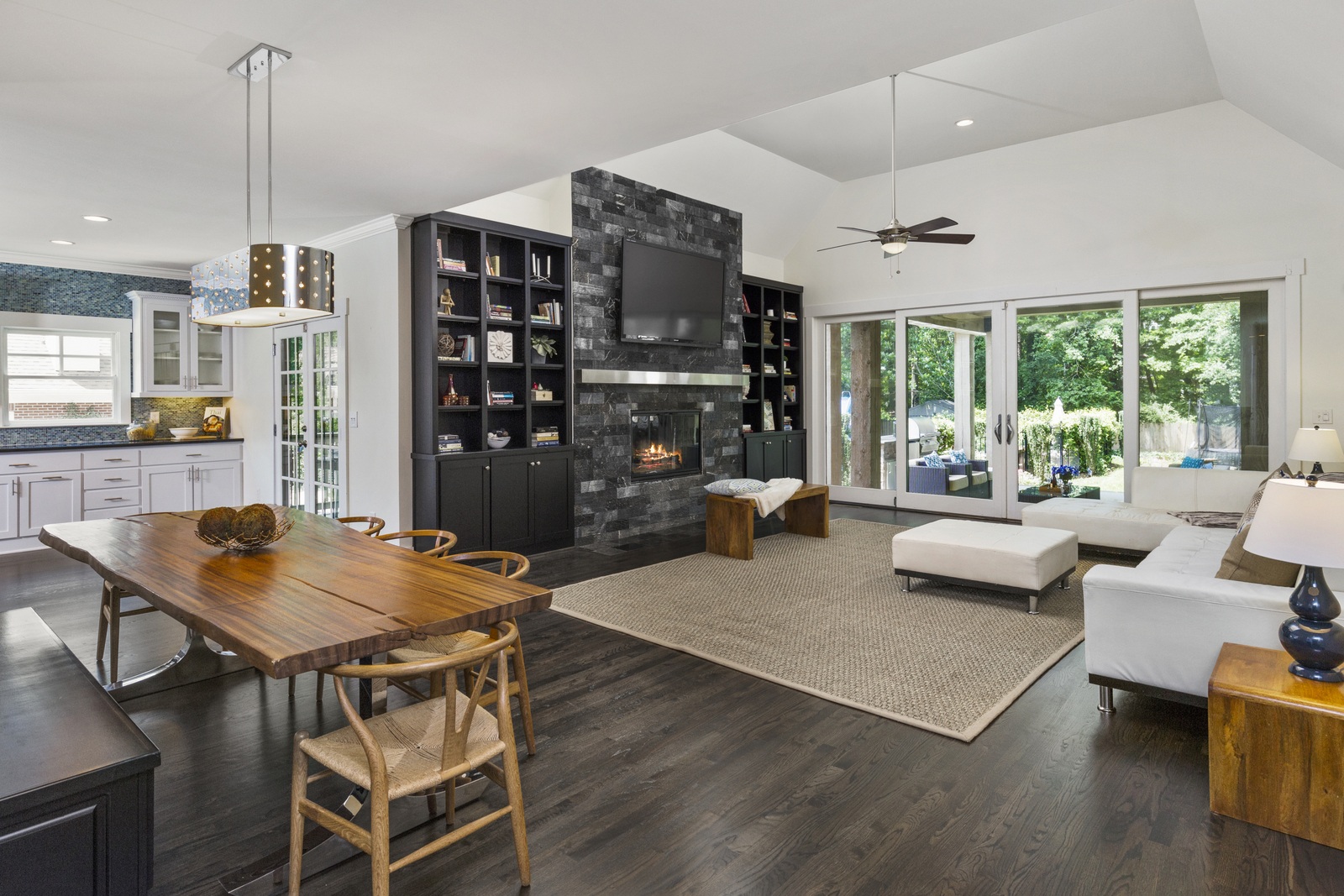 Speaking of which, if you haven’t had the chance yet, click on this link to see the video. If a picture is worth a thousand words, a video is worth … 24 frames per second, times three and a half minutes … about five million words (check our math on that).

What we’re trying to say is that many the original interior features of this house were personally attended to by a woman who, in our opinion, is among the top design professionals in the city. The awesomely-named Burns Century is one of those designers who sits down with a client, discovers their story, and through some sort of alchemy, transforms abstract thought into tangible decor.

If you’d like for us to abbreviate for you, we’ll be bold enough to take a stab at dissecting her thought process: Clean, modern lines offset by classical accents; a sheer abundance of natural light; wall space that allows for provoking works of art; a soothing color palate that shifts effortlessly from space to space; compelling lighting that joins 19th and 21st century aesthetics; a centerpiece, statement-piece of an entertainment center that serves triple duty as a library, television, and fireplace; an unabashed chef’s kitchen that spares no sleekness of amenity; three dining spaces — one separated for formal affairs, one in the midst of the family area for casual occasions, and an outdoor elevated-picnic setup; speaking of which, one of the grandest pieces of outdoor space inside the perimeter (but more on that below) 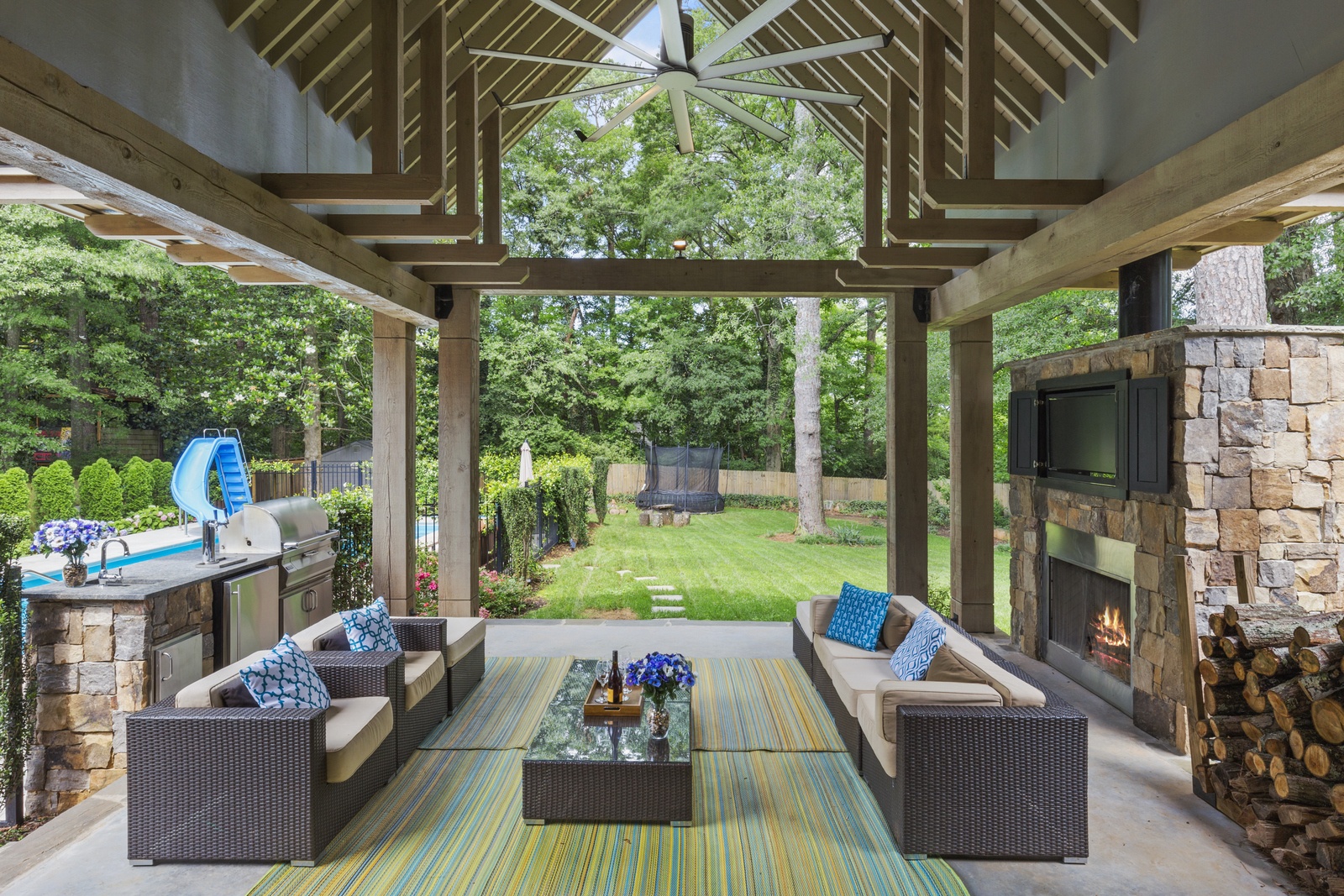 And that’s just on the first floor.
… but it’s also about a big-ass outside.

Pardon the French. We’re not just trying to get your attention with some garish language. It’s more of a matter of not being able to resist the opportunity: the first thing you’re going to notice upon walking through the panoramic bank of glass that lines the back of the house is an enormous covered back patio, complete with sitting area, fireplace, lavish outdoor kitchenette, and a literal Big-Ass fan (bigassfans.com — check them out, they do some great work) suspended from a vaulting cathedral ceiling constructed of rustic cedar timbers. The ultimate mix of old bucolic Southern and elegant as all get out. What we’re trying to say is that this house, as we’ve explained, is as opulent as anything, but this indoor-meets-outdoor space is where you’re going to be spending about... 93% of your waking hours while at home.

This house also happens to come with its own pair of personal green spaces. The first of these is the one that will greet you upon arriving at home: a lovely, picket fence-lined front yard that looks as if it came out of a promotional video extolling the virtues of late-afternoon catch, or mid-summer Super Soaker fights. Behind the house, leading off the magnificent aforementioned patio, the backyard is divided into two parts: a tree-lined grassy area that yearns for a picnic blanket amidst stargazing (if you need a fourth dining space); and a lavish in-ground pool that’s lined with lounge furniture and a bonafide slide that’s sized for the kids, but sturdy enough for a grownup to take a ride on. 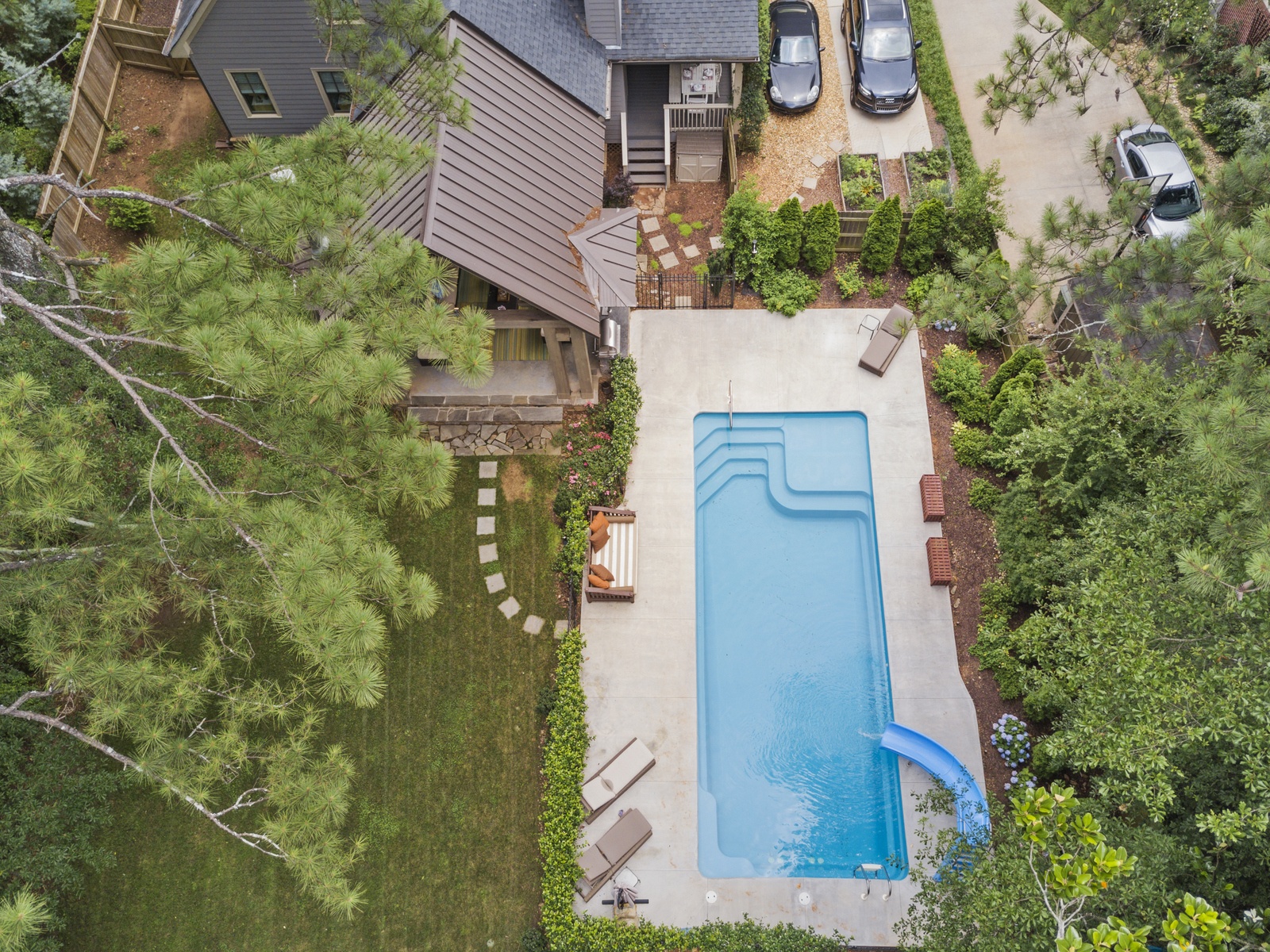 This home, to be sure, speaks to a lifestyle: it’s for a comfortable couple with a growing family that wants more than enough room to laugh and love; who want a homestead with enough character so even the most short-term of visitors will feel absolutely at home; who want a move-in-ready space that requires practically zero fixing-upping or redecorating. You’ve seen the pictures, and you’ve watched the video, and if you’re intrigued, at this point, you’ll absolutely know it by now. If that’s the case, give us a call, and arrange a time to check out 604 Glendale.

What are you waiting for? If you're in the market (or know someone who is), get to this home right way because prices in Decatur are up the last 38 months in a row. This home won't last long.

The seller is represented by The Keen Brothers, Ben & Joshua Keen.
Call today for a private showing: 404-538-5356
Please, serious inquiries only.