Sprawling, sturdy, ranch-style construction, elevated to a modernized ideal. Located on a huge plot of land. Really, really close to Downtown Decatur, without technically being in "City of Decatur." Easy access to major thoroughfares that lead directly to the heart of the city. Room enough for a big family. A separate garage that says, “Hey, let’s practice with that old drum set.” That’s the story, so far, of 2185 W. Ponce — one of the best examples of mid-century architecture we’ve seen. 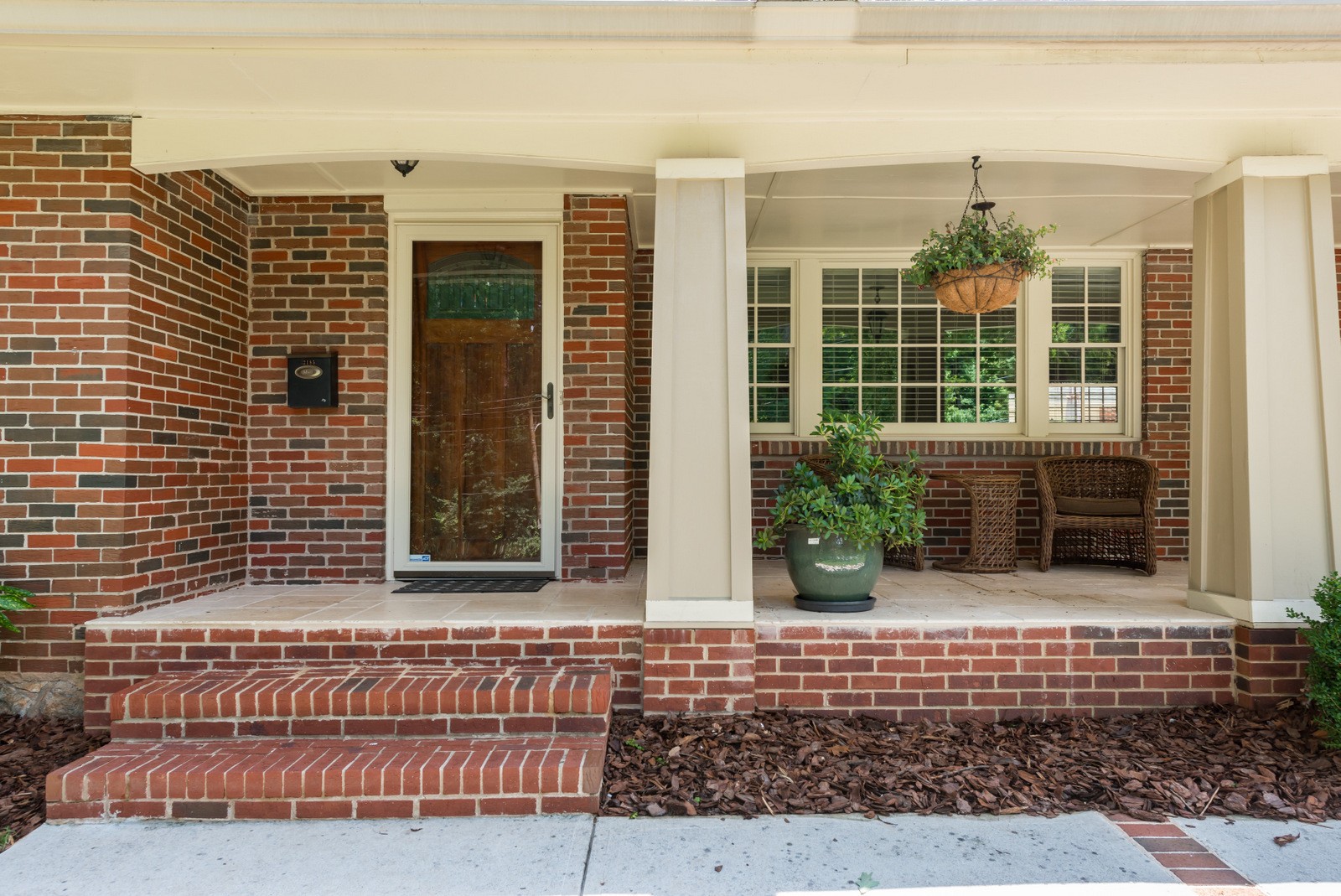 American residential architecture experienced a renaissance during the middle of the 20th century. It was then that the great minds of the age, during the heyday of the American dream, opted for a sensibility for modularity to be incorporated into the modern home: something large enough for the nuclear family, and then some; a space that could handle, in equal measure, the intimacy of nights around the dinner table and the revelry of a neighborhood shindig; a house stately, while being understated; practical, but with a personality as unique as the family inside of it. The result was the ranch.

These homes have maintained their grace well over the decades, for the same reasons they were so popular when they were constructed. They’re easy to maintain and offer a flexibility that weathers the passage of the generations. But the great American Ranch takes on a localized quality, too: in the case of 2185 W. Ponce, that amounts to a sprawling covered porch out front (because what is a Southern home if not its outdoor sitting space) and sturdy construction of Georgia red-clay brick, situated centrally on an oversized plot of acreage that would make Gerald O’Hara nod in approval. 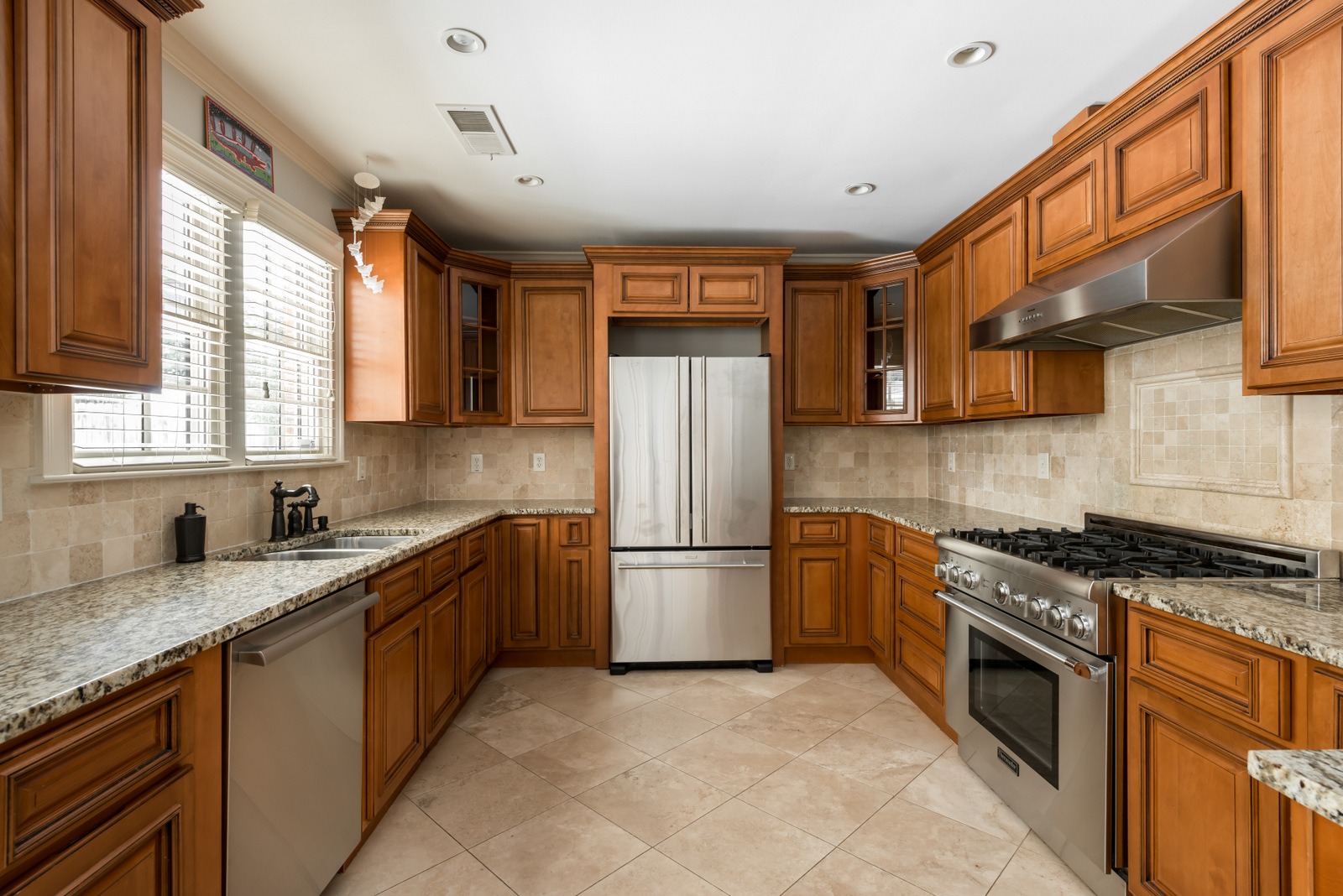 Unlocking the front door of a mid-century home you’ve never seen before can be a little like opening a Christmas present from your great aunt. On one hand, she might have gotten you something cool, like an iPad. Or, she could be on a knitting kick, and you wind up with a sweater that exceeds even ironic purposes. To put it into architectural terms, you could be looking at a house that has been meticulously updated with the times, or one slathered with Formica and linoleum. And not in a cool, retro way.

Turns out, the last owners of this property fell into the iPad camp, and to be honest, they really went above and beyond when it came to adding some touches that make the interior thoroughly comfortable in the twenty-teens. All of the most impressive qualities — large windows and flexibility of space — have been accented with a relaxing palate, hardwood floors throughout, an abundance of attention to woodwork, and some impressive fixtures that intentionalize everything.

Some aspects, in particular, stand out: a funky gas fireplace takes center stage in the living/dining area; streamlined stainless appliances unify the oversized kitchen (yes, HGTV fans, there are granite countertops); and from the luxurious bathrooms to the “wet bar nook,” it’s clear that little has been overlooked in keeping this home aging gracefully. 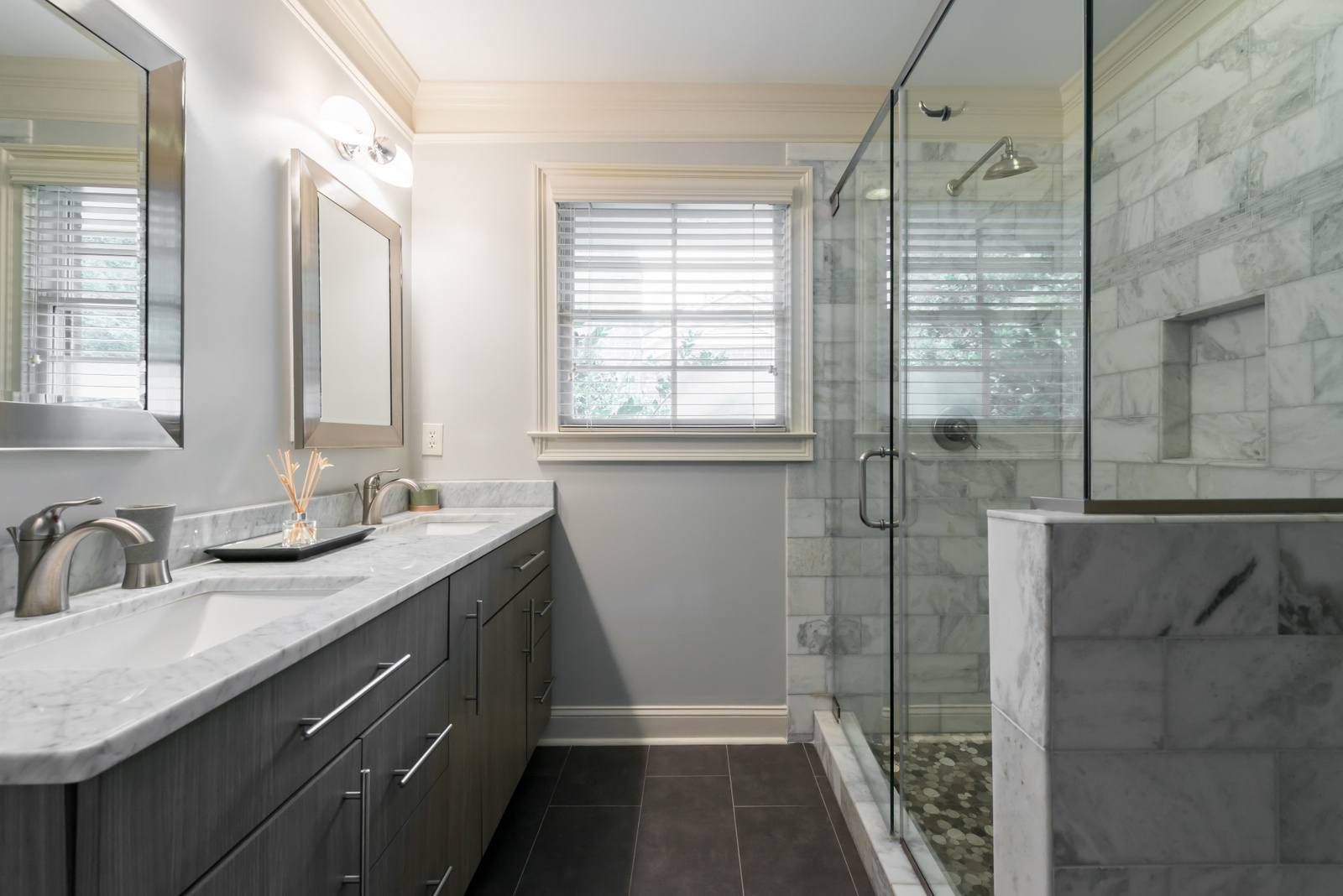 Otherwise (just to recap the basics), there are four official bedrooms in this home, three if you are opting for a full-sized home office. Two of the BR’s share a full bath (great for the kids’ bath to be out of the way), though you’ll probably keep the master bath, with its gray stone and glass-walled shower, to yourself.

There are a couple of elements to this home that really drive the point home.

One is fairly obvious: there’s a lot of yard space here. In front of the property, a gently sloping lawn leaves plenty of room for landscaping amidst the old-growth trees that are already in place. Out back, it’s a slightly different story, where an immense patch of fenced-in grassy space leaves plenty of room for the kids to play around, or for the dogs to burn off extra energy (to put it into perspective, if you were to stand at the main house, it would take a pretty Braves-quality pitching arm to nail a tennis ball over the back fence).

That being said, there’s still more than enough outdoor square footage left over to accommodate some communal purposes — a gravel-topped sitting area provides the ideal venue to pull a bunch of Adirondack chairs around a fire pit (somewhere for the adults to sit and chat while the kids mess around with the built-in playground set).

Inside, there’s another element of R&R that may not be so immediately apparent: a 350-foot-plus finished basement that’s perfectly sized for a variety of purposes. Man cave? Bring the neon beer signs. She shed? More neon beer signs. Family room? Stick a projector on the ceiling, hang up a screen, bring down a popcorn machine, and you’ve got a home theater that will be the envy of the block. Also, beer signs. Isn’t it cool to have a spare room that you have no idea what to do with? 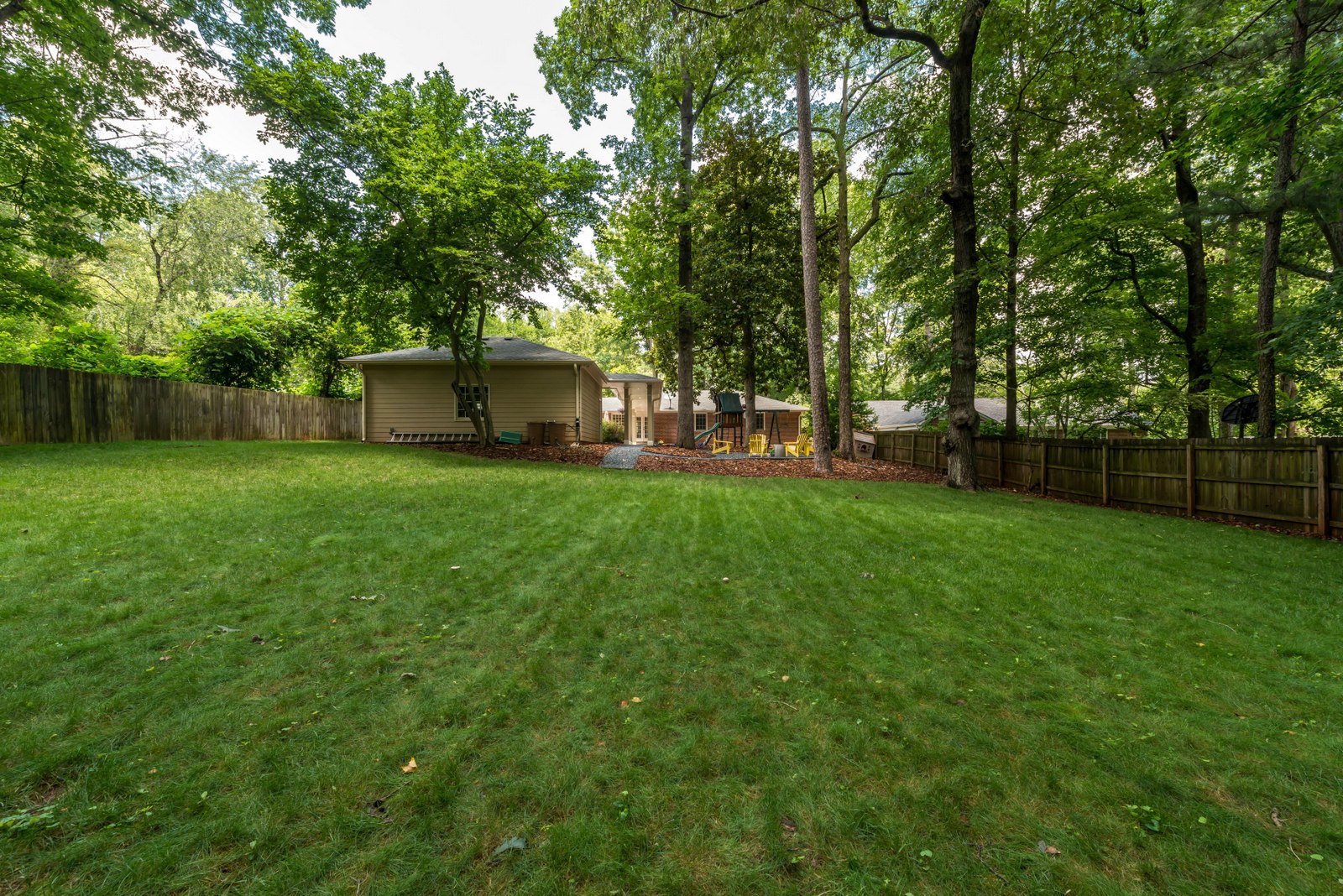 This is a family home, and if you’re looking this close to Downtown Decatur, you’ve probably noticed a trend: homes within the "City of Decatur" have a big-time property tax associated with the street address (which, granted, go to fund their amazing school district). There’s also the not-inconsiderable lifestyle benefit to living in Decatur — this city-within-a-city is friendly, safe, and offers some of the Atlanta area’s favorite dining, shopping, and lifestyle opportunities.

In 2185 W. Ponce’s case, it’s a best-of-both-worlds scenario. Downtown Decatur is still very close (turn right out of the driveway, and you’re there in just a few minutes), but the new owner of this home won’t be on the hook for the property tax part — this property is just outside the City of Decatur itself in Druid Hills. Responsible parents need not worry, though: from the elementary to secondary levels, Fernbank Elementary and Druid Hills Middle and High Schools offer excellent curricula and a close-knit, diverse student body in one of the best areas of the city.  Alternatively, there are several private and parochial options such as The Paideia School and St. Thomas More Catholic School. 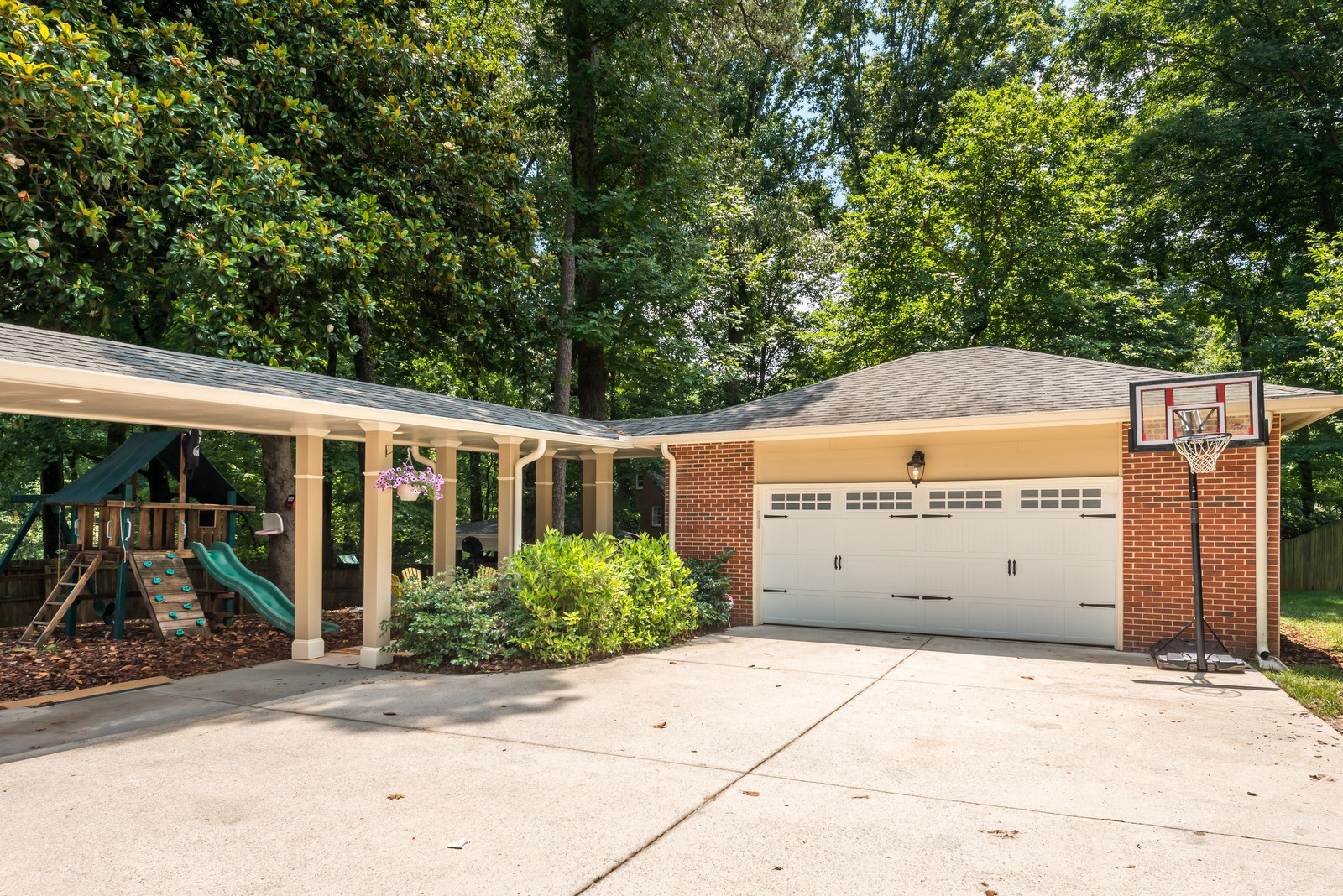 A budding or established family is going to find a great deal of growable charm in this mid-century masterpiece that’s close enough to Atlanta for commerce, and close enough to Decatur for playtime. Inside and outside, warm overtures make this an amazing venue for easygoing Saturday afternoons (not too many chores, hopefully), as well as the occasional shindig. The real beauty of a home like 2185 W. Ponce is that its story has a way of evolving with the family who lives inside it — how that story is told, however, is up to you.

What are you waiting for? If you're in the market (or know someone who is), get to this home right way because prices in Decatur are up the last 38 months in a row. This home won't last long.

The seller is represented by The Keen Brothers, Ben & Joshua Keen.
Call today for a private showing: 404-538-5356
Please, serious inquiries only.