Because homes in the City of Decatur rarely hit the market for less than $500,000. So when one does? It's a bargain that gets snatched up fast: something likely to be the case with 218 Jefferson Place, a quintessentially Southern, impeccably located cottage right in the heart of Oakhurst. 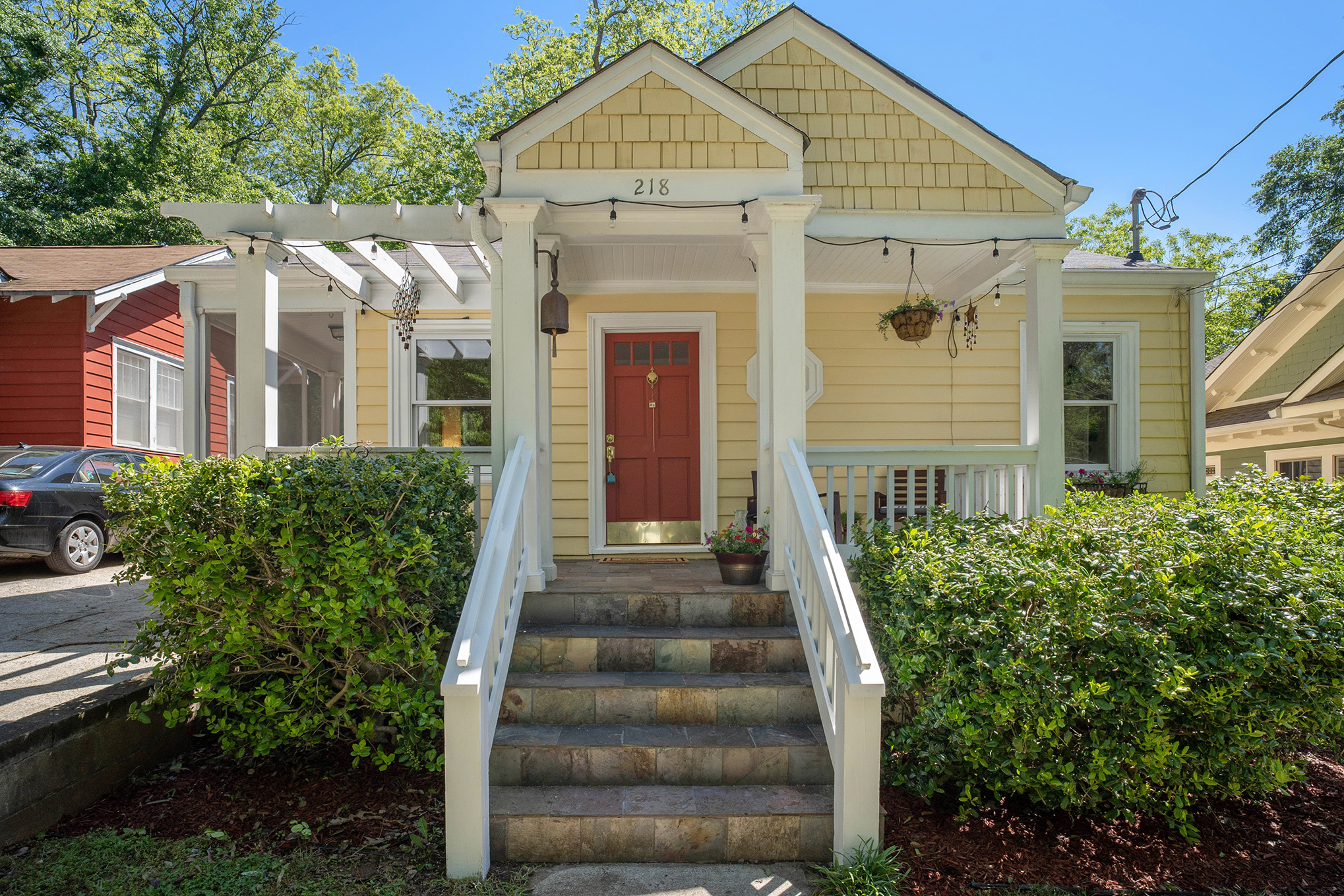 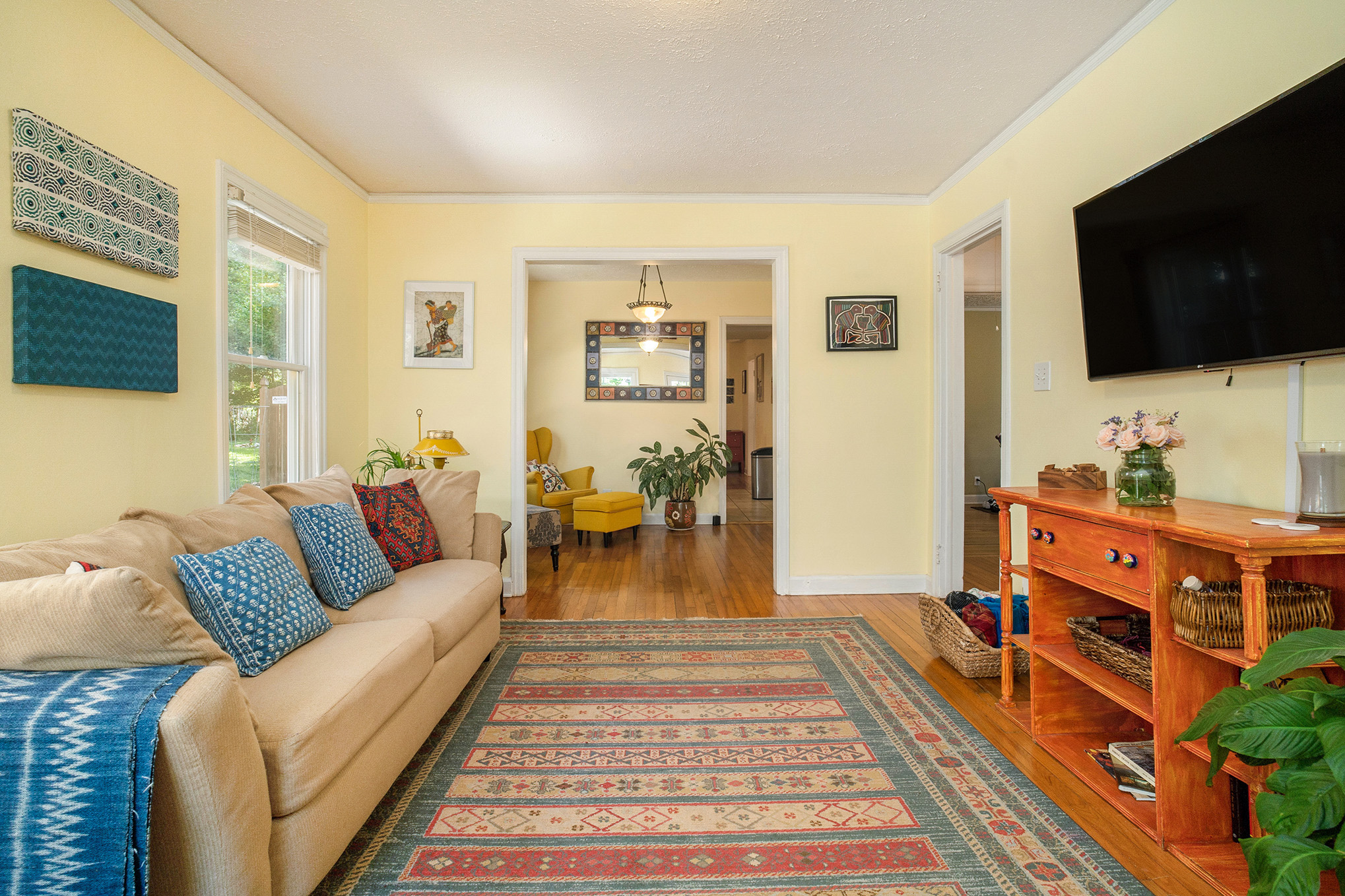 Because homes in the City of Decatur rarely hit the market for less than $500,000. So when one does? It's a bargain that gets snatched up fast: something likely to be the case with 218 Jefferson Place, a quintessentially Southern, impeccably located cottage right in the heart of Oakhurst.

Three bedrooms line the southern half of this historic home, each offering plenty of closet space. Opposite, the living room leads to a separate sitting area, and onward to the kitchen and dining area. Classic shotgun-style. At a little over 1,300 square feet, the house rides that line between "not too big, but not too small." 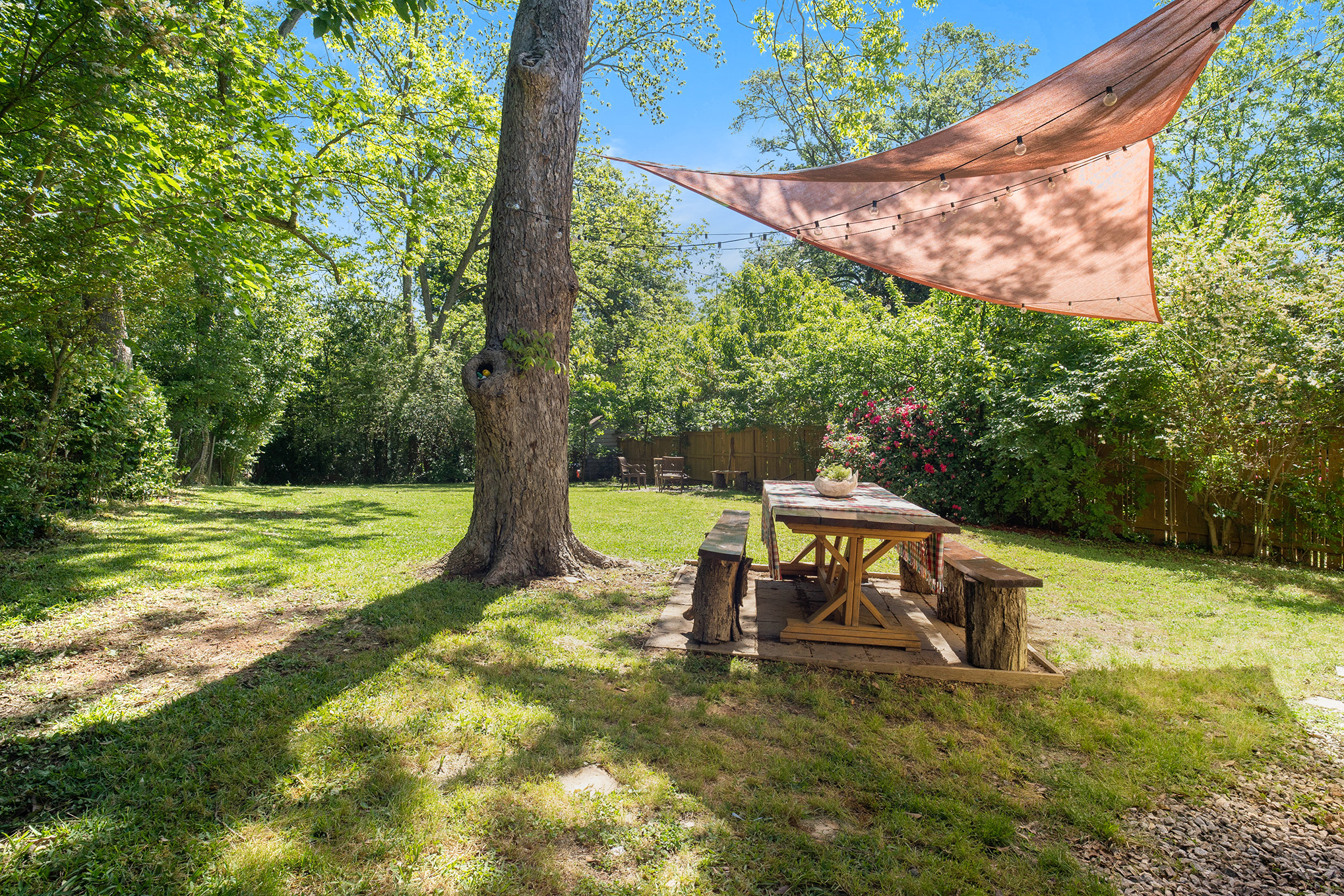 Though, a big part of this property's charm lies in the lot itself: at 8,700 square feet, the property on which 218 Jefferson sits is big — especially by "established-intown-neighborhood" standards. Currently, the bulk of the space serves as a massive, well-manicured, private backyard. But, if the new owner finds themselves wanting a larger footprint, there's plenty of room for the home to grow, as even substantial extensions would infringe only minimally, and would complement the home's modular layout in all sorts of fun ways. A giant deck would go well here; the same goes for a full-on conservatory with a coveted eastern exposure.

And for those who want to think big, maybe a few years down the line? There's plenty of leeway to demolish the structure and erect a dream home that's comfortably located in one of the Atlanta metro's premier neighborhoods. $450,000 is still a bargain, for some, even if you removed the "house part."

In the meantime, 218 Jefferson is certainly not a "fixer-upper" by any stretch — since it was built in 1952, this home's received a lot of TLC, and it shows. That said, an imaginative new owner will find a lot of joy in undertaking some aesthetic upgrades and capital improvements over time. Nothing major: a fresh coat of paint will go a long way toward personalizing the space, and the kitchen is undoubtedly functional and cozy enough to fall into the "we'll get around to it, but no hurry" category. A lot of mainstays you'll probably want to keep, too — elements like the flagstone-paved front porch and "they don't make them like this anymore" hardwood floors lend to the warmth. 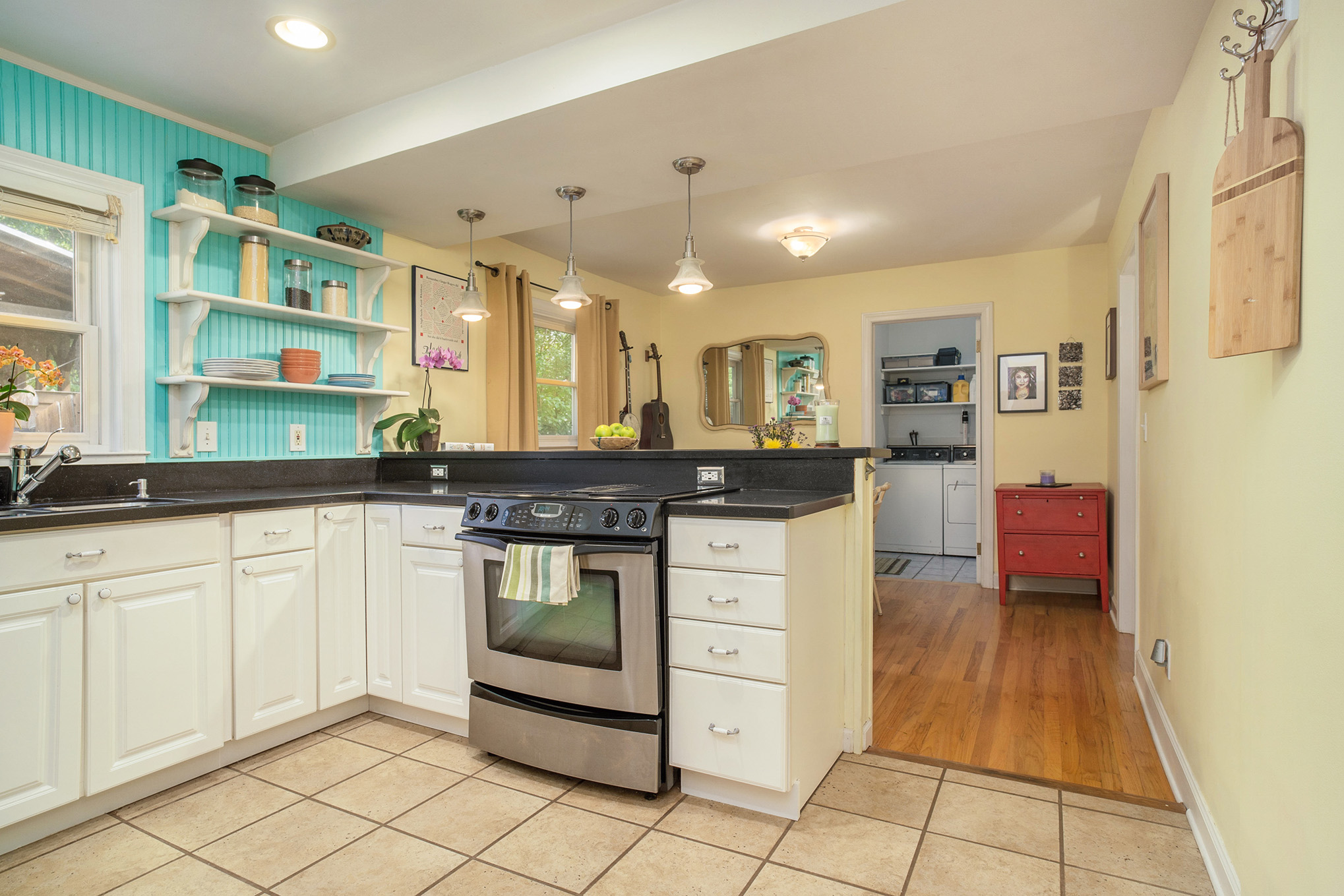 Kitchen with a View to the Breakfast Room

In case you haven't checked the map yet, the location itself is outstanding. For such a quiet, tree-lined street, it is hard to grasp just how close to everything life at 218 Jefferson Place is. This home is located in the City of Decatur, which boasts one of the best school districts in the state (Oakhurst Elementary, Renfroe Middle, Fifth Avenue's 4/5 Academy, and Decatur High are all districted here). And, getting around is a cinch: College Avenue is just a block-and-a-half to the north, and if public transport is part of your lifestyle, the East Lake MARTA stop is less than a mile away. Eight minutes on a bike will land you at brunch in downtown Decatur; three minutes is all it takes to pull up to some eatery surrounding Oakhurst Village Square. Athletic facilities, the library, a dog park… everything is just right there.

All-in-all, 218 Jefferson is ideal for a person who wants a property to grow into for the long run, and a space for their imaginations to run wild.

To top it off? Yeah, this is Oakhurst — a nook of the city famous for its "welcome to the neighborhood" hospitality. You'll be grilling with new friends in no time.

If you’re going through the trouble of finding a family home (for under $500,000 in City of Decatur, no less) that you’re not going to need to think about moving out of for at least a generation, the subtle charm and timeless adaptability of 218 Jefferson Place might just make this your next mailing address.

The seller is represented by Joshua Keen.
Call today for a private showing: 404-538-5356
Please, serious inquiries only.

For easy appointment, only showings contact Joshua 404-538-5356. Due to the Pandemic created by the Corona Virus COVID-19, the Keen Team has adopted strict guidelines & protocols during showings in order to ensure the safety & well being of our clients, agents, & the surrounding community. All showings are Appointment Only allowing owners to open all doors, turn on all lights, & sanitize all surfaces prior to showings. All agents & buyers must wear a mask to enter the home & also wear the gloves & foot coverings if available. Thank you & we’ll look forward to working with you.